Kingfisher's incoming boss Véronique Laury: “I know the business, I know the industry and I know the people”

Incoming Kingfisher boss Véronique Laury is confident she can successfully lead the group, stating, “I know the business, I know the industry and I know the people”. 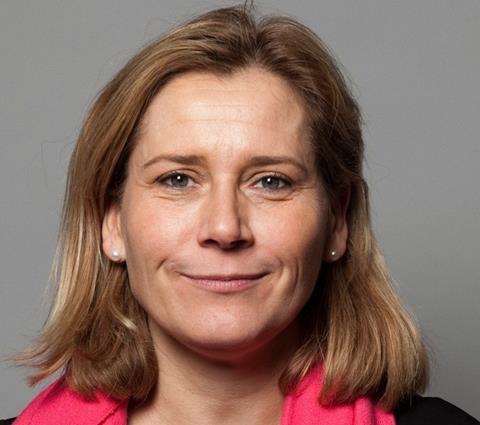 Laury made the comments today after Kingfisher unveiled the Frenchwoman as its new group chief executive, succeeding Sir Ian Cheshire who will step down by the end of the financial year.

Laury said there are “lots of opportunities” open to the retailer but would not be drawn on her immediate priorities, which are expected to include completing the acquisition of the French Mr Bricolage business, overseeing the four-year roll-out programme of a new IT system and overhauling the company’s property portfolio that is at the mercy of institutional leases.

She is only the fifth female chief executive in the FTSE 100 and said she has “not done it differently from men. I am passionate about what I do I am true to my convictions.”

Laury was chosen despite speculation that B&Q boss Kevin O’Byrne could eventually succeed Cheshire, who has been in the the role almost seven years.

Cheshire said: “We looked at a number of internal and external candidates and in the end you appoint one person.

“On balance the board chose Véronique on the basis of her experience, but that is not to say Kevin could not have done the job. He’s got a big job at B&Q and has got to the point where he is making some huge progress and he has been a big support for me.”

Cheshire explained that his and the board’s decision for him to step down was entirely about timing.

He said: “There are a series of developments that meant we are looking at another five-year cycle beginning and the board needed to know if I was ready do another five years and if not this was the window for change.

“Twelve years is a long stint in the same role, you have a sell-by-date and you should always try and work by it. Véronique will do great things with Kingfisher and she will do things I would not have done.”

Cheshire said he is open to considering other retail chief executive roles or could pursue his passion for sustainability.

Laury is currently based in Lille as chief executive of Kingfisher’s Castorama business but insists her French roots and choice to remain living in France will have no bearing on the running of the retail giant.

She said: “We are not an Anglo-Saxon company, we are an international company. I have been really pushing hard in my Castorama role to make people speak decent English because it is our business language.”

She said she did not think there were many differences in managerial or leadership styles of the French and English. “You do what you say, you believe in what you say,” she said.

Laury has worked at B&Q in the UK and has 26 years’ experience of home improvement retailing in France and the UK. She was previously one of the youngest politicians in French history and was part of the now defunct Union for French Democracy party.