John Lewis is seeking a site to trial its John Lewis at Home format in a town centre after the success of its first retail park store in Poole. 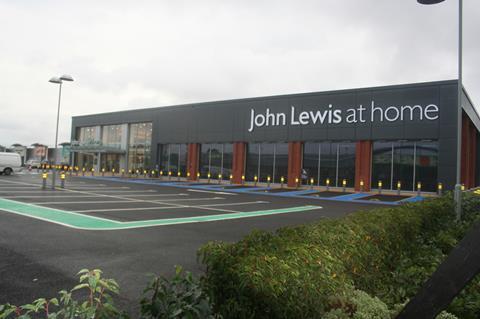 Speaking at a conference last week as part of Retail Week’s Manifesto for the High Street campaign, John Lewis head of retail development Jeremy Collins said the retailer wanted to see if the format would work in town as well as a retail park.

“We want to trial it in a town centre instead of out of town,” he told the conference in Birmingham. “The challenge we have got is trying to find a site that is the right size and configuration.”

The format debuted in Poole in October and a deal has been signed on a second out-of-town store in Croydon. Two further undisclosed out-of-town locations have been approved by the board and the partnership believes there is potential for as many as 30 to 50 home and electricals stores.

At 40,000 sq ft the stores are a third of the size of a typical John Lewis department store and shoppers can also access John Lewis products via kiosks and get items delivered to their store or home.

John Lewis at Home was a response to the halt in the development market, which has put the retailer’s plans for full-size stores in towns such as Croydon on ice. Collins said that developers, councils and retailers will all have to adjust their expectations if the development pipeline is to become unblocked. “The model needs to change,” he said.

Also speaking at the conference, Alliance Boots health and beauty chief executive Alex Gourlay demanded a “level playing field” between the costs of doing business in town and out of town, saying that Boots’ property costs were rising at three times the rate of its staff costs and warning that some weaker high streets have no future whatever happens. “We will see the complete death of some high streets and shopping centres.”

He called for an end to rates on empty property and to the proposed supplementary business rate, which he described as a “stealth tax”. He also called for upward-only rent reviews to be banned.