Health and beauty retailer Feelunique.com is to ramp up its overseas presence by increasing its marketing activity as it strives to become the “Asos of the health and beauty market”, according to chief executive Aaron Chatterley. 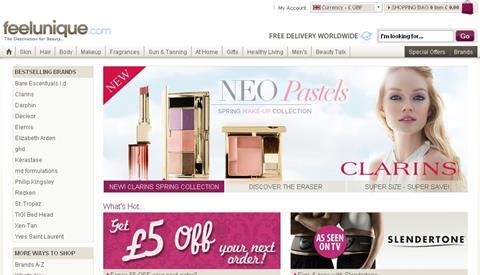 The Jersey-based etailer said there was huge potential for overseas sales, after Christmas trading showed “phenomenal” growth in Russia, with increased demand also from the US, Australia and Brazil, despite low levels of marketing in these territories.

The etailer will also open a London office next month.

It is hoped a more content-led approach will also ensure more loyalty among customers and the etailer is on the verge of appointing its first content director. Chatterley said: “Just having a website is not an option.”