The first Union Market - the farmers’ market-cum-supermarket run by a former Tesco executive and a former Whole Foods executive - will open in July. 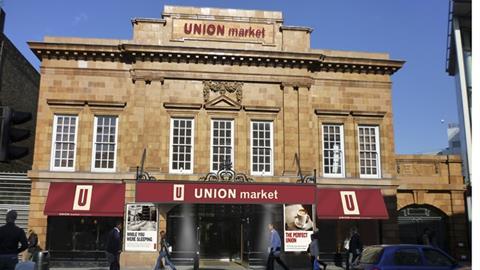 The 5,000 sq ft store in Fulham, London, will be the first of five the retailer wants to open in London in the next two years, with plans to have 15 in five years. It is currently eyeing stores in the well-heeled London areas of Chiswick, Wimbledon and Marylebone.

Union Market, which hired former Selfridges Food Hall manager and Tesco executive Martyn Barrett as well as Whole Foods buying manager Aylie Cooke last year, will stock mainly British produce, but aims to be affordable. Tony Bromovsky, founder and commercial director of Union Market, said: “We are not fancy or too upmarket. We have gone to an enormous amount of trouble to keep prices down.”

He added: “We are about English and British produce. We are half way between a farmers’ market and a supermarket. Modern shopping is a chore. We want to make it more fun.”

Union Market will go up against organic grocer Whole Foods Market, which is seeking further stores.

The Fulham store is located in a grade II listed building and will sell items from 10 departments, including wine, fruit and veg, and a butchers. A free home delivery service will be offered to customers in selected postcode districts.

Bromovsky added: “We want more stores. We want to roll-out the business all over London, then nationwide. We have at least two more stores in our sights right now.”

Union Market intended to open its first store last year but the original site fell through.