3
Analysis: What is the cost of convenience to the grocers?
Grocery

Analysis: What is the cost of convenience to the grocers?

Convenience has emerged as an important channel for the grocers but how do its economics stack up? Guest editor Theo Paphitis wanted to know.

Figures from industry body IGD suggest that the convenience market was worth £37.7bn in the year to April 2015 – and sales are predicted to climb to £44.1bn by April 2020.

But while the size of the sales pie is clear, the true costs of operating a convenience store business can be difficult to gauge.

He highlights the higher property costs of rent and business rates for high street locations and the creation of separate management teams required to run convenience businesses as the two main areas of expenditure. 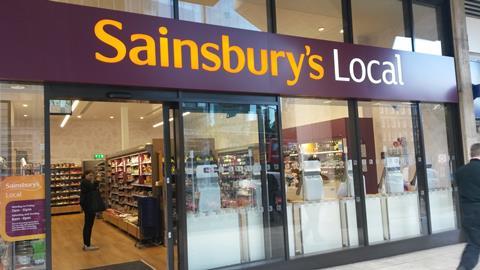 Murphy says the cost of deliveries to c-stores is also inflated, since there are local laws in place than prevent lorries accessing high streets during the day, and costs of refurbishment work are also higher because permissions depend on neighbouring stores and residents.

“All of these things add up to a significant differential,” Murphy says. “If you factor all these costs in and I put my feet to the flames, I’m pretty sure that running convenience stores would be 12% to 15% more expensive per square foot than a supermarket.

“But the supermarkets don’t reflect those additional costs if they talk to you about their convenience businesses – and that’s because they don’t really know them.”

While recognising the additional costs of running convenience stores, TCC global insights director Bryan Roberts suggests these additional charges are offset by an increase of “between 3% to 8%” on store prices.

“The view I get from speaking to the multiples is that their convenience operations are as profitable as their bigger stores,” Roberts says.

“Convenience has definitely supported profitability. Without c-stores, certainly for Tesco and Sainsbury’s, overall profitability would have been lower”

“Convenience has definitely supported profitability. Without c-stores, certainly for Tesco and Sainsbury’s, overall profitability would have been lower. That’s a fair conclusion to draw.”

Roberts reckons Morrisons’ failed venture into convenience stemmed from a lack of scale compared to its infrastructure overheads and poor site selection – something Roberts points out is “incredibly important.”

“There’s a lot of science and research and quite extensive analysis that goes into convenience locations. Just being on the wrong side of the street or 200 yards too far away from a tube station can have quite a significant impact on performance,” he suggests.

“Putting together a property team for convenience is a huge cost because there is a hell of a lot of analysis that goes into getting the right sites.”

By contrast, Morrisons’ big four rival Sainsbury’s has mastered finding the right locations for its smaller stores, and is reaping the rewards. According to its 2014/15 annual report, Sainsbury’s convenience business generated more than £2.1bn in sales, representing growth of 16% on the prior financial year.

Up to March 31 2015, the grocer had 707 Sainsbury’s Local c-stores at an average size of 2,300 sq ft. According to calculations by Retail Week Prospect analyst Philip Wiggenraad, those stores recorded sales densities of £1,380/sq ft during the year, compared to £960/sq ft in its larger supermarkets.

Wiggenraad said: “That difference is what I would expect because it is usually easier to generate higher sales densities in more compact stores. Convenience stores are tightly merchandised compared to supermarkets, packing more goods into a tighter space.

“You have higher footfall, smaller store sizes and higher prices all combining to offset the higher costs associated with running these stores”

“The higher price points also help. While basket sizes may be smaller in convenience stores, if you bought that same basket in a supermarket it would be cheaper.

“So you have higher footfall, smaller store sizes and higher prices all combining to offset the higher costs associated with running these stores.”

On its own website, Sainsbury’s admits: “Different sizes of stores have very different operational requirements and running costs. Rents, for example, are often more expensive in our smaller stores due to their locations. It can also be more of a challenge to deliver products to our local stores.

“These and other factors such as staffing, local rates and a focus on convenience products, mean there are differences in price between our supermarkets and local stores.”

But while Sainsbury’s and big four rival Tesco have profited from the c-store cash cow – the latter reporting a 3.5% hike in convenience like-for-likes over Christmas – Shore Capital analyst Clive Black suggests that boom could be about to slow. 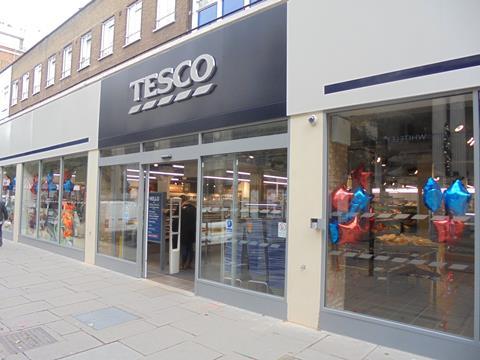 “Convenience stores require relatively low capital due to their leasehold nature. However, from an operational expenditure perspective, they are a real challenge,” he warns.

“Where convenience has benefited in a relative sense is footfall over the last five years versus superstores. With falling fuel prices and the re-engineering of superstores and hypermarkets, we see some of the secular [long-term] growth that has boosted convenience easing.

“We believe that online and discount will outperform convenience in the latter part of this decade.”

While expenditure on c-store expansion has proved worthwhile to date, the emergence of reinvigorated big-box stores and the continued growth of online could be poised to put more pressures on the sector – and force grocery bosses to re-evaluate the costs of convenience.