Barnes, who is stepping up to become a member of the Aldi South Group board, will be replaced at the helm by Aldi Ireland managing director Giles Hurley.

Aldi said Barnes, who has led its UK arm for three-and-a-half years, is joining a four-man co-ordination board at Aldi South, based in Austria.

Chief executives in a host of Aldi’s markets report to the Aldi South board, and Barnes will have a “particular focus” on the discounter’s US and UK and Irish businesses.

Barnes will also join the board of Hofer KG, which acts as management holding for the Austrian and international shareholdings.

Barnes is due to take up his new role on the Aldi South board, where he replaces Robert Ochsenschläger, on April 15.

Hurley, who joined Aldi Ireland as an Area Manager back in 2000, will officially take the reins at Aldi UK on May 1.

The Trinity College in Dublin graduate was promoted to trading director for Aldi Ireland in 2002 and became group buying director of its Irish division in 2007.

The German-owned grocers have grown rapidly in the UK, heaping pressure on their big four rivals and sparking a ferocious price war that drove food price deflation. 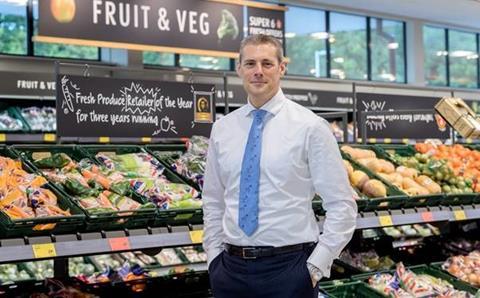