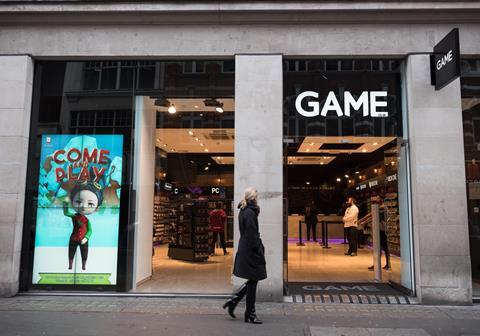 Game said there has been a “softening of demand” in consoles

The retailer put the sales plummet down to the “softening of demand” in consoles as the industry enters its fourth year since the latest generation of Xbox and PlayStation devices were launched.

However, the retailer said it had “strong customer pre-orders building” for the forthcoming Nintendo Switch console, which launches on March 3.

Game also said there was a “weaker overall year on year performance” from new titles over the period.

Excluding low-margin hardware, GTV edged up 0.7% over the 23-week period and 0.2% in the three-week festive period.

Despite spiralling sales, Game said trading over Christmas and Black Friday was in line with group expectations.

Game chief executive Martyn Gibbs said: “Trading conditions in the UK video games market remain tough, with lower console sales, and we continue to take appropriate actions to respond to these market dynamics and to reposition and transform the business.

”Overall demand for new games released in the period was lower than expected but we were pleased with the group’s performance over the peak weeks of Black Friday and Christmas, with GTV excluding lower margin hardware sales up 2% year on year.

”Furthermore, over the period we continued to deliver significant operational efficiencies and cost savings whilst achieving strong growth in our new retail categories and new businesses.

“We remain focused on achieving further progress against these key strategic priorities in the year ahead.”

The retailer, which is in the process of diversifying its business, highlighted that sales from its new events, esports and digital division surged 80%.

Game launched its first seven in-store gaming arenas in the UK under the group’s new Belong brand. The retailer said it had experienced “encouraging early results”.

It also achieved “strong growth” in its new retail categories, which includes preowned phones and tablets, digital content, PC gaming accessories and virtual reality headsets, with GTV up 31% across the 23 weeks.

These new categories accounted for more than 30% of group GTV.

The shift to higher-margin sales categories has helped improved margin by 30 basis points in the 23-week period.

Game is focused on making cost savings in the year ahead with £5m expected to be realised in the first half in the UK.

This includes more than £2m of in-store and online costs, £1m from distribution savings and £1m from property-related costs.

Game is also carefully managing its stock, working capital and cash position, and expects to end the first half with an improved stock position year on year and a strong balance sheet.