First glimpse of House of Fraser click and collect store 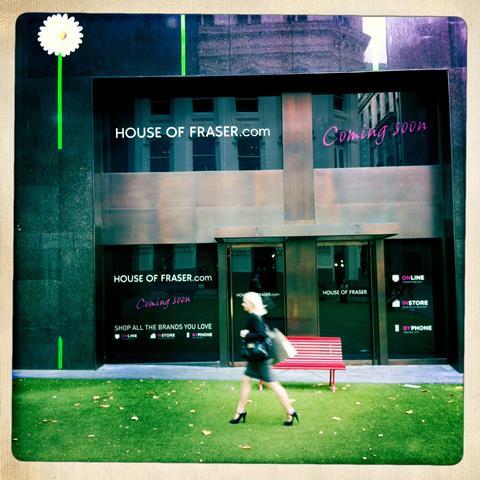 The Liverpool One store, pictured, will open towards the end of this month, and will be the first House of Fraser presence in the city for more than two decades.

House of Fraser.com will also open in Aberdeen’s Union Square, as first revealed by Retail Week, this month.

It will be the first time a retailer has opened a store specifically for click-and-collect operations, and reflects the growing demand from customers for more flexible shopping choices.

It also shows how bricks-and-mortar retailers are adapting to online and capitalising on growth from multichannel sales.

The average size of a traditional House of Fraser store is 100,000 sq ft.

Miles Dunnett, asset manager of the Grosvenor Liverpool Fund, which owns Liverpool One, said: “House of Fraser is a fantastic addition to Liverpool ONE.  The brand is both well-known and highly regarded, and is the perfect complement to Peter’s Lane’s existing premium brands.

That House of Fraser has chosen Liverpool ONE for such an exciting new concept is testament to our success and position as the region’s first choice destination for fashion and style.”

House of Fraser executive director of multichannel Robin Terrell said: “Liverpool is a fantastic location for our first new concept store in the North West.  It is a well-known shopping destination that attracts customers from across a very large area and we look forward to opening there later in the year.”