Supergroup has reported soaring sales and profits at the half-year mark following investments across its distribution network and store estate. 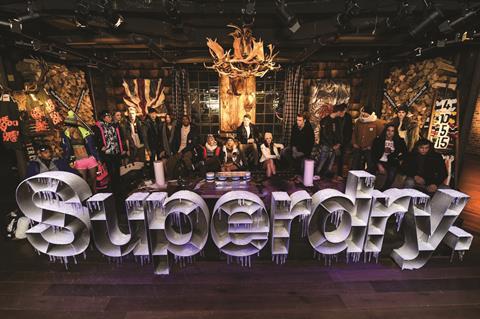 The fashion retail group recorded an 8.8% leap in underlying pre-tax profits year-on-year to £21m in the 26 weeks to October 29 as like-for-like sales jumped 12.8%.

Costs associated with expanding the retailer’s distribution network impacted reported pre-tax profit, although this figure was still up 10.4% year-on-year at £12.7m.

Overall sales were up 25% to £215.2m during the period as favourable currency movements contributed approximately a third to revenue growth.

An increasing proportion of sales came through the group’s ecommerce channels and comprised 21.6% of sales overall.

The retail group opened 12 new Superdry stores during the period as well as 31 new franchised stores across its international estate.

SuperGroup’s new distribution centres in Europe and the US also became operational during the period.

Chief executive Euan Sutherland said: “The first half year has seen further good progress with a strong sales performance in all channels.

“Our focused strategy continues to deliver with new product innovations building sales, a strong pipeline of new international store opportunities, both owned and via franchise relationships, and clear momentum in our ecommerce proposition.”

The fashion retail group had an exceptionally strong Christmas trading period and recorded a 14.9% hike in like-for-like sales in the ten weeks to January 7.

“Having traded well through our peak trading period, the board remains confident in delivering full-year underlying profit before tax in line with analyst expectations,” said Sutherland.