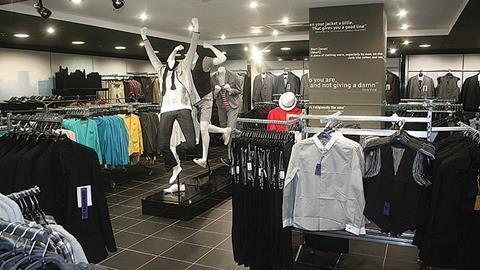 New Look is poised to ramp up its store refurbishment programme, doubling the number of shops it will overhaul from last year, after posting a recession-busting 17.7% profit hike to £163m for the year ended March 27.

The fast-fashion chain said it would refurbish 150 stores in the new financial year. Last year it updated just 75. The retailer also plans to add around 200,000 sq ft of extra space this year.

Finance director Alastair Miller said that he planned to invest around £90m of cash generated back into capex spending this year. Last year, New Look reported, it generated £224m of cash and total revenue rose 10.7% to £1.4bn.

Overall, New Look’s like-for-like sales in the UK rose 5% over the year but comparable international sales fell back 12%, largely due to difficult trading in the Republic of Ireland and France. Margin rose 170 basis points, while womenswear market share increased from 4.7% to 5.2%.

McPhail declined to comment on current performance but said: “We have made great progress and consolidated our position as the number two fashion retailer.”

He added: “Clearly we face challenges - we are against tough comparatives from last year and the outlook for the economy is tough to predict. But we are confident in our business model and we operate in the sweet spot of fashion and value.”

In terms of international expansion, McPhail said New Look would largely focus on “driving deeper” into existing markets but that he was in talks with a potential partner in the Ukraine.

New Look has company-owned stores in France, Belgium and Holland, and franchise stores in Poland, Russia, Singapore, Egypt and the Middle East.

McPhail said no decision had been taken about when New Look might reignite its attempt to float on the stock market.

It was forced to abandon plans for an IPO earlier this year after it failed to achieve an acceptable price to shareholders. McPhail said the accounts showed a £10m exceptional items charge, which related to the failed IPO.

McPhail also reported that a “step change” had been achieved in ecommerce. New Look said it had moved from fifth to third place in online fashion retail, accounting for a 4.1% market share. The retailer’s site receives about 2 million hits a week and took 1.3 million orders last year.

McPhail said that he remained confident in the “strong fundamental value” of New Look and its future prospects.