Looking back on 2016 is a peculiar experience, no matter who you are or where your political allegiances lie.

Bookended by David Bowie’s passing and Donald Trump’s election, most of us will be happy to bid farewell to 2016 this New Year’s Eve. But if there is one group that has had it harder than most, it’s fashion retailers.

Unpredictable weather has been a recurring issue throughout the year and has stimulated much discounting in the market.

Meanwhile, the vote for Brexit has caused consumer confidence to tumble and the value of the pound to plummet, which has meant a rise in cost prices.

“I’ve been in retail since 1989 and it’s, if not the hardest year, then the strangest year,” says Peter Ruis, chief executive of Jigsaw.

“The worst year was the extremity of 2008, but then you had an event and a series of consequences and a way forward. The world is amazing and it pulls itself together. 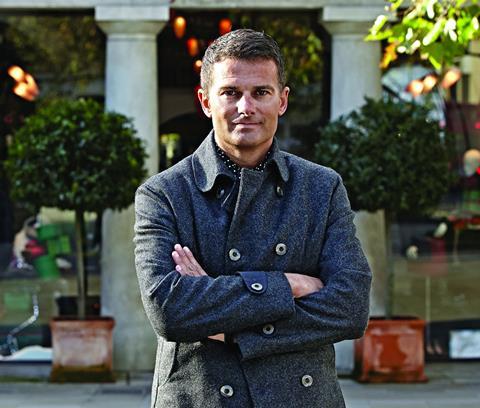 “The problem with the combination of political events this year is that we have this extreme uncertainty.”

Despite these challenging conditions, Ruis has managed to orchestrate an impressive turnaround at the privately owned retailer.

When Ruis first arrived at the premium retailer in 2013, it was in dire straits. In the red by £21m and surrounded by aggressively discounting competitors, it had lost its raison d’être.

Ruis, who joined Jigsaw from John Lewis where he was buying and brand director, admits the turnaround was no walk in the park.

“Getting people behind one goal was hard,” Ruis admits. “Probably because I was coming from John Lewis where everyone has a share in the business and people are engaged straight away.”

Many might question why Ruis chose to leave the much-loved department store to take on a struggling brand; however, he points out that there is a lot of similarity between the two retailers.

Despite the lack of financial success, it seemed that all of the mistakes were rectifiable”

“I joined [John Lewis] when it was a rejuvenation story,” he says. “It worked very differently then. It had an amazing brand and an amazing heritage but people used to criticise it for being dull and cold. It’s easy to forget that now.”

He says that he learned about transforming a business from his time at the department store. He says it taught him to “bottle the good stuff” and discard the rest.

Ruis had faith that he could put Jigsaw back together again. “Despite the lack of financial success, it seemed that all of the mistakes were rectifiable,” he says.

“When you’re in a department store you see a lot of businesses that have very deep structural issues, and quite often you see brands that are slightly toxic.

“But Jigsaw just had a lack of energy and a lack of purpose. It had great history but it didn’t stand out.”

Ruis went back to basics for the turnaround, and focused on reinvigorating Jigsaw’s product and brand.

He began delivering a “style and truth” message, both internally and to customers, that is about emphasising authenticity across brand, product and price. This has now become something of a mantra for the brand.

It is initially tempting to dismiss this motto as fluff. But listening to Ruis, it’s clear that it goes far beyond that and represents authenticity in each aspect of the business: brand, product and price.

Brand power is crucial in tough times. When consumers don’t have the spending power or inclination to splash out, they need to love a product.

And to love a product they need to feel an affinity with the brand.

Retailers as disparate as Gap, M&S and Aquascutum have learned the hard way that when your brand fails to connect with your customer base it can decimate your bottom line.

“Brand is the bit you can’t invent – and this is an amazing brand,” says Ruis, who recalls that when he first joined Jigsaw he had a tough time changing brand perception, both internally and externally.

“We had to tell people: Jigsaw was the first premium high-street brand; we were the first people to employ [photographer] Juergen Teller in the UK; we won the first-ever British Fashion Awards two years in a row.”

“Every brand needs to change. You cannot drift along and age with your customer. We wanted to set our own criteria and go back to being creative”

Although Jigsaw can no longer be called edgy – a sizeable chunk of its 139 shops, including 37 concessions, are firmly ensconced in prosperous London villages – it’s got its sense of direction back.

“Every brand needs to change,” Ruis says. “You cannot drift along and age with your customer. We wanted to set our own criteria and go back to being creative.”

That creativity set out in its brand messaging is firmly backed up by product, which Ruis believes is a must for long-term success and authenticity.

Patterns are cut in-house at the brand’s sprawling offices in Kew, where print-makers also work to produce each print.

Ruis speaks expressively about brand power and product, but is at his most animated when the conversation turns to pricing, specifically to Black Friday.

“We talk about BHS or Sports Direct undermining consumer confidence, but things like Black Friday do too”

Jigsaw now holds just two Sales a year – a rarity in a high street awash with promotional paraphernalia – and Ruis believes that discounting brings the industry into “disrepute”.

“We talk about BHS or Sports Direct undermining consumer confidence, but things like Black Friday do too,” he says.

“We all work really hard. Most fashion retailers want to create brilliant products that people love.

“And Black Friday turns that into a commodity, it brings out the lowest common denominator – the deal, which is often deceptive. It brings us all into disrepute.

“We ask a lot of our customers. They don’t need what we are selling. I think that, as fashion retailers, unless we stand for something we are just flogging stuff.

“We may as well go over to the Far East, buy some cheap fabric and knock it out.”

However, Ruis says that taking a stand against discounting is tough, and admits when Jigsaw first opted out of Black Friday last year it was “hell on earth”, but ultimately worth the pain.

“We gritted our teeth. We knew once we got through 12 months the sweats would be over. And you feel re-energised when it’s done,” he says.

Like most retailers, Ruis is immersed in delivering peak and is feeling positive about Christmas trading. However, he believes 2017 will be a challenging year.

“It is a test for us all,” he says. “If currency rates and consumer confidence stay the same, if inflation hits people’s bills and ‘fun’ spending goes down, it’s going to be tough.

“The confusion looks as though it will last three, four, five years. There is no clear way forward.”

His biggest concern is how to manage growth in such an uncertain market.

“We are still pushing forward with plans but we are keeping a very keen eye on costs,” he says.

Despite the tough times ahead, Ruis is committed as ever to Jigsaw.

“The confusion looks as though it will last three, four, five years. There is no clear way forward”

“I really enjoy it here. I am really lucky. It’s an amazing team and John [Robinson] is a privilege to work for. To have his support and lack of interference is amazing.

“I’m not sure I could do what he has done if I were in that position.”

While he is no doubt lucky to have Robinson as a boss, you suspect that the feeling is mutual. Ruis has managed to coax a failing business into the black in just two years, reinvigorated its product and built on its unique heritage.

“The worst thing you can do is join the brand and think you know better,” he concludes. “You need to look for the gold dust.”