Marks & Spencer may have been in the fashion doldrums for some time, but there’s one area that it continues to dominate – lingerie.

Last year a record one third of all bras sold in Britain went through its tills.

Its share eclipses that of all the value retailers combined and puts other department stores to shame.

The high-street institution, which sold its first bra 90 years ago, measures 50,000 women every single week and allocates just over 11% of its space to the category – more than any other retailer except Primark.

However, Marks & Spencer cannot afford to rest on its laurels as many rivals are snapping at its heels to grab share.

“The last 20 years have been increasingly competitive. If l look back, the whole landscape has changed. You couldn’t buy a bra in a supermarket then”

“The last 20 years have been increasingly competitive,” says Jenkinson, who has been in her role for 18 years.

“If l look back, the whole landscape has changed. You couldn’t buy a bra in a supermarket then.”

In grocery, Sainsbury’s Tu launched a body sculpting range in 2015 while Lidl and Aldi launched ranges in 2015 and 2016 respectively. 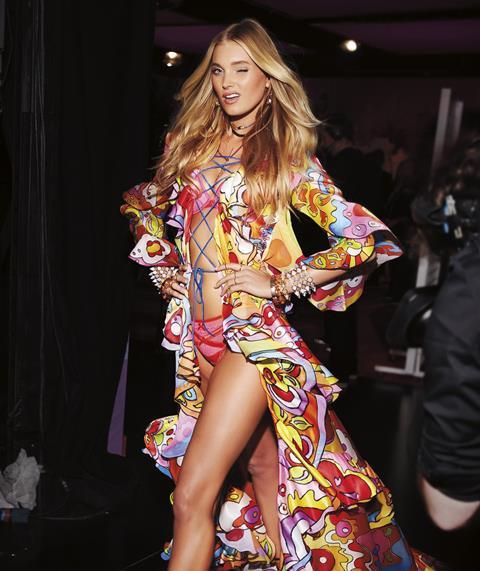 What’s more, new specialist retailers have entered the market. US lingerie giant Victoria’s Secret launched in the UK in 2012 and now has 17 stores.

The retailer does not break out UK sales figures, but global revenue and profits over the past five years have steadily grown.

Meanwhile, Theo Paphitis’s Boux Avenue has grown to 30 stores since its debut five years ago.

Paphitis has big ambitions for the fascia and plans to reach 100 stores globally in the next two years.

Paphitis says much like the general retail market, the lingerie sector is changing.

“People are buying their products in a different way now. Consumers are becoming a lot more demanding and want their purchases to fit around their lifestyle. People want convenience or experience now.”

Jenkinson agrees and says that women are “much more demanding and much more discerning in their choices”. 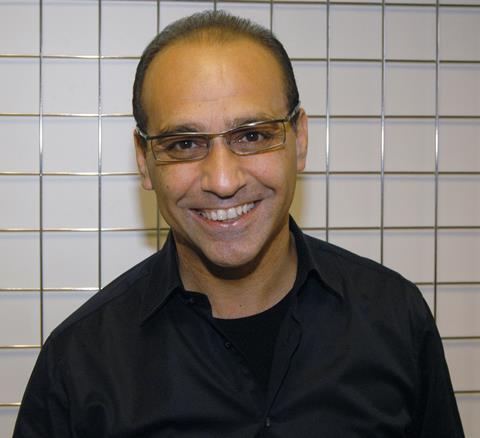 “People are buying their products in a different way now. Consumers are becoming a lot more demanding and want their purchases to fit around their lifestyle. People want convenience or experience now”

She also points out that what the customer wants can depend on their particular shopping mission.

“There are occasions when you just want to repurchase something you love and be in and out in five minutes,” she says. “Equally, the popularity of our bra fit proves that customers love that service too.

“Good service means different things at different times, it is a competitive market and we are all finding what’s appropriate for our customers.”

However, stores like Victoria’s Secret and Boux Avenue offer customers a more experiential shopping journey with both firms providing a boudoir-style environment.

“Marks is a very established and good retailer but they are a retailer of a certain format, a format, in my view, that is not of the moment. They will have to work incredibly hard and they will have to evolve if they want to keep their market share,” he says.

Marks & Spencer has long struggled to create a compelling retail experience for customers.

The retailer is plagued with the problem of huge stores, many of which are in need of an update, and its poor standard of merchandising hurts all fashion categories, says Karl McKeever, managing director of retail consultancy Visual Thinking.

The dizzying array of options of very similar products also gives M&S work to do on perfecting product presentation.

Its black tights, for instance – a fairly basic product – run the gamut from basic opaques in various deniers to secret slimming, cellulite reducing, body shaping, heat sensor, ladder resisting and many, many more. 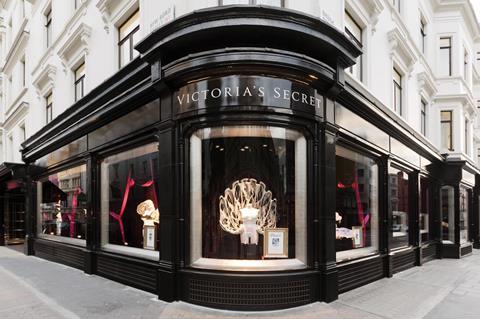 Despite increased competition from Victoria’s Secret and Boux Avenue, Mintel estimates that specialists have actually lost market share overall, grabbing 12% in 2012 but just 9% in 2015.

However, during that period La Senza, which had almost 150 UK stores, disappeared from the high street.

The only sector to significantly grow their lingerie market share over the past three years is value retailers, according to Mintel. Of those, Primark is the most significant.

And it’s the only retailer aside from Debenhams and M&S to allocate more than 10% of its square footage to the category. Primark is a threat to most retailers and has been stealing clothing share from Marks & Spencer.

However, Kantar Retail analyst Anusha Couttigane says Primark’s offer does not stand up to Marks & Spencer in terms of its overall proposition and does not pose a major threat.

Primark’s offer centres around value and trend while M&S’s offer is service-orientated and pays more attention to fit and comfort. 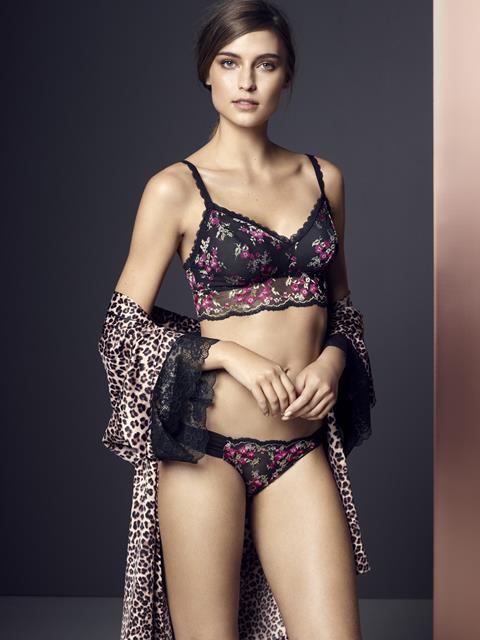 Part of the reason that M&S fails to attract younger shoppers is down to footfall – teenagers and those in their 20s don’t visit M&S to buy clothes on a regular basis.

And it’s those younger shoppers who tend to drive sales volume, according to Mintel.

Instead of visiting M&S, they are more likely to shop at general clothing retailers, both at value players such as Primark, H&M and New Look and at more mainstream retailers such as Topshop.

These retailers constantly chase new trends and styles, updating their offering not only with new colours and fabrics but taking account of every new catwalk trend.

“The Topshop shopper and the M&S shopper are very different. Topshop is faster to respond to trends and M&S is more functional”

This season, for instance, bralets, cut-outs, mesh detailing, halter necks and ‘in’ colours such as mustard abound. M&S, meanwhile, has been slow to adapt to high fashion trends within lingerie.

However, Couttigane believes that M&S is simply catering for its core customer here.

“The Topshop shopper and the M&S shopper are very different,” she says. “Topshop is faster to respond to trends and M&S is more functional.

“Their shapes and styles work really well for their customers. They have really high-quality materials and keep introducing new shades and that’s how they introduce newness.

“Their customer is older and wants high-quality, pretty underwear, not the latest fashion item.”

However, Marks & Spencer has been making moves to add more trend into its collection.

It introduced its Rosie range, its collaboration with British supermodel Rosie Huntington-Whiteley, and Jenkinson points out that its machine-washable silks and French-designed lace styles have proven successful.

But Jenkinson says it focuses on what she calls M&S’s “democratic approach”.

“We have such a range of customers, with many women who buy the style they love for years,” she adds.

This democratic approach – that the beloved retailer can be all things to all people – has not stood it in good stead in its general womenswear offer.

But in lingerie, this ability to cater for a wide range of a certain type of customer has seemingly sustained it through numerous turbulent decades.

Its dependable, well-made, value-for-money product has made M&S lingerie a reliable and inclusive choice for multitudes of women, who buy 60 million bras every year.

M&S would do well to apply the same philosophy across clothing.