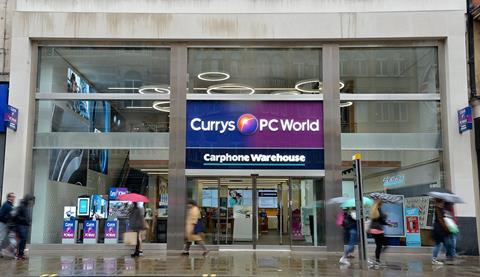 The electricals retailer recorded an 8% rise in group sales year-on-year in the 10 weeks to January 7, driven by a 6% rise in its UK like-for-like sales.

The retailer’s overall UK sales were up 4%, and it reported increased like-for-likes across all regions except the Nordics, where they dipped 1%.

“This year, as a result of our scale in all of our markets, we were able to offer prices that were truly ground-breaking during both our Black Friday week and our annual Boxing Day week sales – while maintaining margins – and we believe that we have outperformed the market during the period,” said James.

The retailer said large-screen TVs sold well during the period while smartphones and tablets had a more subdued performance due to “patchy availability”.

Following a successful trial of its Knowhow expanded service proposition in Leeds, Dixons Carphone has created an executive-level role to head-up the initiative.

The retailer has appointed Telefónica’s Feilim Mackle to oversee a national rollout of the new services as of this summer.

Dixons Carphone, which recorded a 19% jump in profits at the half-year mark last month, said it expected its full-year profits to be between £475m and £495m, in line with market expectations.