John Lewis is marking its 150th anniversary with a major marketing campaign, including a TV ad airing this Saturday celebrating life in Britain. 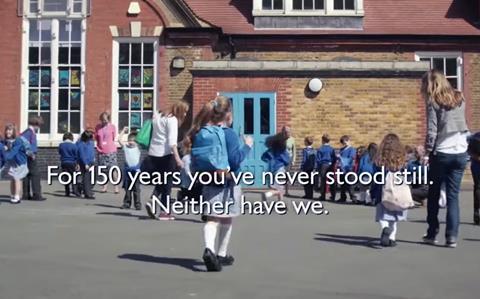 The ad, named ‘Never Standing Still’, showcases scenes from a variety of decades from as far back as the 1930s right through to the present day, and highlights John Lewis products bought by its customers during that period.

The TV ad, set to a cover of “This Time Tomorrow” by The Kinks performed by former Supergrass singer Gaz Coombes, will be aired during ITV’s Britain’s Got Talent on Saturday.

Celebrations will take place throughout John Lewis shops while its flagship on Oxford Street will include a brand new exhibition called “Stories of a Shopkeeper” along with a roof garden both opening to the public on May 3.

John Lewis marketing director Craig Inglis said: “In this very important year for us, this campaign celebrates how our customers’ lives have kept moving over the last 150 years and the role that John Lewis has played in moving with them. We hope the campaign will evoke nostalgia leaving our customers feeling uplifted and excited about a summer of celebration.”