The newly created group has a busy year ahead as it bids for share of its specialist market. 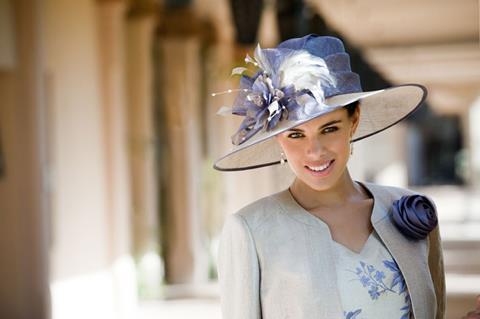 Parts of what is now the Jacques Vert Group have been through as many name changes as The Artist Formerly Known as Prince.

The group was formed when Jacques Vert and Irisa, better known previously as Alexon, merged in January to form a fashion group focused on mature women.

The link-up came after the two retailers were snapped up by private equity firm Sun European Partners last year. Alexon, which operated from 1,000 branches for brands including Ann Harvey, Dash, Kaliko and Eastex, was bought in a pre- pack administration deal last September and promptly renamed Irisa Group. The deal followed a prolonged period of decline at Alexon.

Performance at Jacques Vert was also deteriorating due to harsh market conditions. The private equity firm bought Jacques Vert, which had 100 standalone stores and almost 800 concessions across brands including Planet, Precis and Windsmoor, as well as the eponymous chain for £41.2m, two months after buying Alexon.

Sun European made the deals because it believes the more mature customer whom the two retailers serve is relatively recession-resilient. It also identified that both Jacques Vert and Irisa serve a similar customer at mid-market prices.

Upon merging the two, Jacques Vert boss Paul Allen was appointed chief executive of the group, and Irisa chief executive Jane McNally became his deputy. She holds responsibility for product, marketing and is merchandising across the business’ 11 brands.

As part of the fallout from the merger, 200 staff at the former Alexon head office in Luton were put into consultation from late May. The retailer plans to consolidate the office with the Jacques Vert team in London by February 2013. Irisa’s top management team has been downsized following its administration and ownership change.

Merging the businesses brings clear efficiencies, not least in systems including merchandising and IT. Investing in infrastructure was a key plank in Alexon’s turnaround plan prior to its administration, while Jacques Vert had already invested in up-to-date systems.

Under its new ownership, growing online is a big focus for the group. Sun European Partners principal Paul Daccus believes there is a big opportunity to boost internet sales, particularly of its plus-size brands.

The group is also eyeing international expansion. Sun European will stock its brands in V&D, the Dutch department store group it owns, and is to explore other international concessions.

No guidance has yet been given on whether the new owners plan to close stores but earlier this year a significant proportion of plus-size brand Ann Harvey’s standalone stores were closed.

The challenge in the year ahead is the complete integration of the business. Sustainable profit has proved elusive for the former Alexon element, held back by ill-judged acquisitions and diversions, such as loss-making Bay Trading, which was placed into administration in 2009. However, Alexon did turn a profit for the first time in four years in 2010/11.

In future, there are operational efficiencies to be made across the group that should improve profitability.

Sales densities are currently at a low level across both retailers for businesses that are focused on concessions, and there is significant scope for improvement.

Equally, the staff cost to sales ratios are high and will be a priority for the new management to bring down to more sustainable levels.

Along with operational improvements, margin gains are expected by moving some production to its Far East sourcing operation.

With many improvements still on the agenda, the aim is that the combined Jacques Vert and Irisa’s strategy can move the business higher up the food chain in its specialist market.