Amazon and Kindle Entertainment settle out of court after trademark dispute

Amazon has settled out of court with children’s TV production company Kindle Entertainment after suing it for a trademark infringement.

Retail Week understands a hearing was scheduled at the Intellectual Property Enterprise Court inadvertently for this week despite both parties settling the case earlier. The hearing was shelved when the settlement came to light.

Both parties declined to comment on the nature of the settlement. 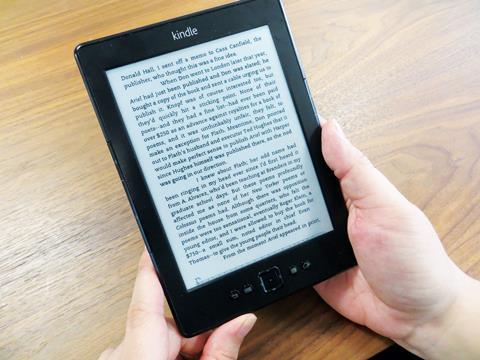 Amazon was suing Kindle Entertainment over a trademark infringement

One possible outcome could have been the signing of a ‘coexistence agreement’ that would involve both parties recognising the right of the other to their respective trademarks and agreeing to exist together in the market place.

Kindle Entertainment accused Amazon of bullying after the etailer launched its legal action, which was based around an infringement of the trademark of the retailer’s Kindle ebook retailer.

The TV production firm was founded in 2006 a few months before Amazon launched its e-reader in the US and two years before it was launched in the UK.

It is believed that when Kindle Entertainment attempted to register Kindle as a trademark for TV shows and films it was unable to do so because Amazon had already registered the trademark.

Amazon is also in the process of suing individuals in the US over posting fake reviews on its website.

The etailer is concerned the practice is “tarnishing” Amazon’s brand and undermining consumers’ trust with “false, misleading and inauthentic reviews”.

The Competitions and Markets Authority estimates that £23bn of consumer spend every year is influenced by online reviews in the UK.