Fashion retailers Republic, JD Sports and Bank and mens’ gift and gadget specialist Menkind, have all signed 10-year leases at Wakefield’s Trinity Walk shopping centre, due to open next spring. 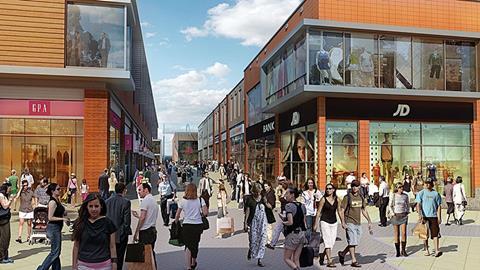 The 500,000 sq ft centre, being developed by Sovereign Land, Area Property Partners and Shepherd Construction, was one of the first big schemes to restart construction since the recession.

Construction originally began in 2007 but was halted in early 2009 when original developer Modus collapsed.