What the weather forecast reveals about shopping habits

The UK is often described as a nation obsessed with the weather. It’s our ‘go to’ conversation topic and has been headline news recently with the wintry conditions.

Those of us involved in ecommerce are perhaps even more justified in our weather obsession as, according to experts, it’s having an increasing impact on business, and not just in the way you might think.

In January, online retail sales were up 13.9% year on year and, according to the latest IMRG Capgemini e-Retail Sales Index, the post-Christmas month-on-month 20.4% sales decline was lower than the five-year average of 24.1%.

Rainfall was above average in January and this was combined with the lowest high street footfall recorded in five years, according to figures from the British Retail Consortium and Springboard.

When the two are aligned, it becomes clear that consumers turned to online shopping, especially for clothing and electricals – staying in the warmth and comfort of their own homes.

Of course, there has always been a close connection between the weather and consumer spending, with good and bad weather driving sales of certain items from BBQs and outdoor furniture to winter coats.

“The weather has influenced consumers’ choice of purchases, and driven their choice of channel”

With temperatures regularly tipping above 30C, it was the hottest since 1976 – which currently seems like a distant memory.

With snowfall in January this winter, the ‘beast from the East’ and the UK's coldest February in more than five years, the weather has influenced consumers’ choice of purchases, and driven their choice of channel.

For carriers, that means increased volumes of parcels and packets to deliver in tough transport conditions, so a weather resilience plan and solid infrastructure is crucial.

“A weather resilience plan and solid infrastructure is crucial” 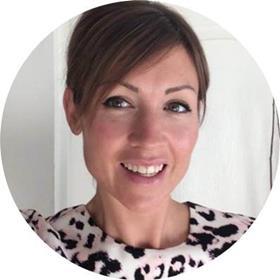 So, it seems that we’re destined to keep watching the forecasts and maintaining the water cooler chats so we can try to plan as best as possible for the typically unpredictable British climate – as the weather will continue to impact our customers’ shopping habits and behaviours.