Paperchase is updating its old stores from their 1980s and 1990s designs as part of a large-scale refurbishment programme. 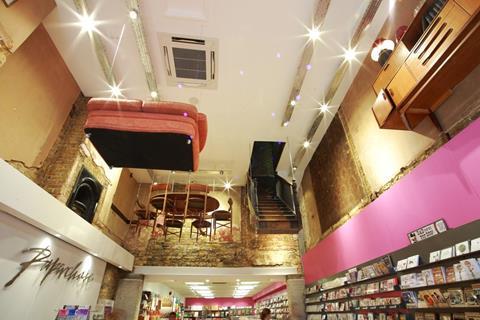 The retailer has just completed the revamp of its Manchester flagship store as part of the programme after opening the store in 1997.

Other refits this year include the business’s Bromley and Bath stores and further shops will be overhauled as the leases renew.

Melgund explained the refurbishment programme “is the first time we have gone back and looked seriously at store design” when it comes to stores first opened in the 1980s and 1990s.

He said: “You have got to keep on top of what the customer sees and make sure the brand is reflected in not just the product but also the envelope.”

New stores are being updated with a design that Paperchase said would still be fashionable up until 2020 and are being made “much slicker and crisper”.

Melgund is “positive” about the key Christmas trading period. He believes this year consumers will have more disposable income as food prices deflate and fuel prices come down, while interest rates have not yet gone up.

Paperchase launched its Christmas windows this week to lure people into its shops and will have a wider range of Christmas merchandise in stores this year.

Melgund’s comments came after the retailer increased pre-tax profit 18% to £741,000 in the year ending February 1.