Paperchase on brink of being sold to US private equity group

Greetings card and stationery specialist Paperchase is poised to be sold to an American private equity firm for £150m, according to reports. 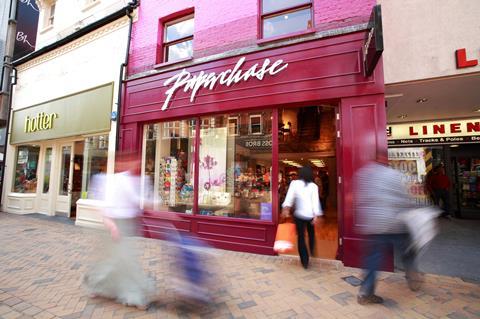 It is understood Paladin Capital has emerged as the frontrunner to snap up the high street chain, which has been seeking a sale since the autumn, according to Sky News.

Paladin, which owns US value chain Target and stationery group Staples, is not yet thought to be in exclusive talks. Paperchase already partners with Staples in the US through its international concession business.

Paperchase has 115 standalone stores and 29 concessions in the UK and is currently owned by Primary Capital, which acquired it in 2010 for £30m. The investor is reported to have hired consultants PricewaterhouseCoopers to handle the sale.

The retailer reported a strong Christmas performance with like-for-like sales up 3.1% over the five weeks to December 27. Sales were up 6.5% over the period to £28.4m.