BHS website to relaunch this week under new Qatari owners

BHS is to return to the UK retail scene this week with the relaunch of its website, just a month after the last of its stores closed. 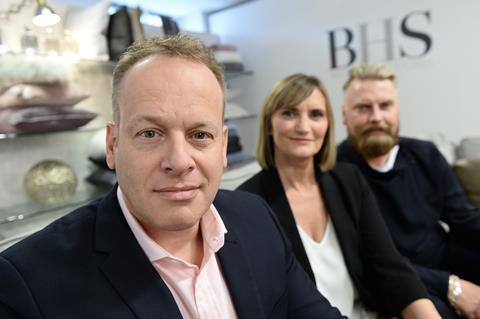 BHS has retained staff from its previous incarnation

BHS has retained staff from its previous incarnation

The website – BHS.com – will officially launch on Thursday, selling a range of lighting and home furnishing products.

The last of the department store chain’s 163 stores closed last month after it controversially collapsed into administration in April. A suitable buyer could not be found for the business.

It has set up London headquarters for the new business and recruited 84 staff, the vast majority of whom worked previously for BHS.

He will oversee the initial launch of the new UK online business, but plans to recruit an executive to run the operation.

“Although we are starting again in the UK… we are nimble and efficient, but with a great brand, strong customer base and a proven and dedicated team,” he said.

Reports last month suggested BHS could yet return as a bricks and mortar presence.

Anderson appears to not be ruling this out. “I’ve been in retail more than 35 years and it changes all the time,” he told Retail Week. “You can never rule anything out.”

BHS’s pension deficit has yet to be resolved, but former owner Sir Philip Green said earlier this month he is working on a solution on a “daily basis”.

Green has faced the wrath of MPs over the collapse of BHS, after he sold the chain to multiple bankrupt Dominic Chappell for £1 last year.

MPs branded the Topshop tycoon the “unacceptable face of capitalism” and said he was “ultimately responsible” for the demise of the chain.