Homebase has attracted the interest of turnaround investors Apollo and OpCapita, who are understood to be working on a takeover bid. 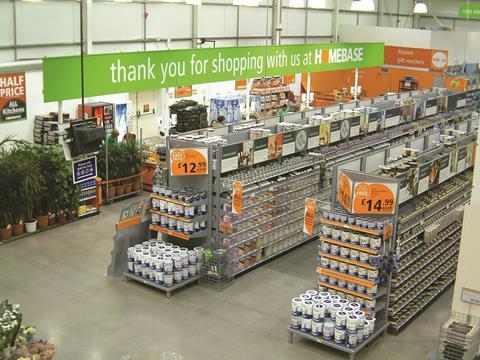 The DIY retailer has attracted the interest of the investment funds as speculation rumbles on that parent company Home Retail Group is preparing to put Homebase up for sale, according to the Daily Telegraph.

OpCapita is the company that was behind the controversial takeover of Comet from Kesa Electricals for £2.

Home Retail Group chief executive John Walden revealed during the company’s full-year results in April that he would take a look at the group’s strategy and structure.

Other firms that specialise in turning around distressed companies are believed to be closely monitoring the situation including Hilco and Endless, which have acquired HMV and Kiddicare respectively.

However sceptics point out that Homebase has been performing well and there is no need for Home Retail to offload it. They observe that Homebase made a benchmark operating profit last year of £19m and that like-for-likes rose 7.9% in the first quarter of this year.

It is also understood that no advisor has been appointed by Home Retail, which would typically be an indication that a sale might be on the cards.