BHS confident CVA will go through despite landlord opposition

BHS has insisted it is confident that its company voluntary arrangement (CVA) will be voted through, despite opposition from a landlord.

Hermes Investment management, which is the landlord of two of BHS’s 164 stores, voiced its objections earlier this week. 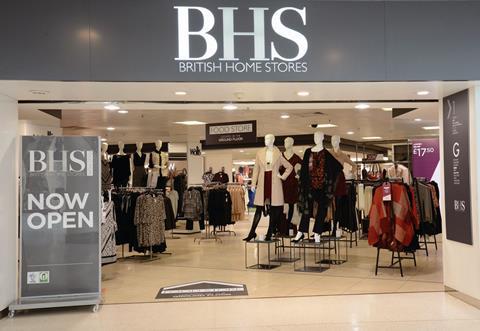 BHS has insisted it is confident that its company voluntary arrangement (CVA) will be voted through, despite opposition from a landlord

Hermes head of retail and private markets Chris Taylor warned on the sustainability of CVAs, which he maintained had the potential to create unfair competition on the high street.

Hermes owns one shopping centre in Tunbridge Wells and co-owns the high-profile Milton Keynes’ Centre:MK, both of which have BHS stores.

BHS has applied for a CVA in a bid to slash its rent and prevent it going into administration. It needs 75% of its landlords to agree to the deal on March 23.

The department store group is asking for the landlords of 40 of its stores to agree to cut rent by 75% and is seeking reductions of between 25% and 50% at another 47 stores.

“Hermes were negotiating to take back the Milton Keynes store and their offer remains open. They have offered a substantial sum of money for the site so you can understand why they would vote against the CVA.

“We are confident of the CVA succeeding and we are having constructive discussions with our many creditors and landlords.”

A spokeswoman for Hermes Investment Management replied: “We actively encourage partnerships with our occupiers and believe CVAs can have a lasting and potentially more damaging impact on the wider sector.

“This is a consistent view we have taken for a number of years and the way we behave in the market is very important to our clients and the hundreds of thousands of pensioners we represent.”

It emerged earlier this week that former BHS owner Sir Philip Green could be asked by the Pensions Regulator to pay £280m towards BHS’s pensions black hole of £571m.