Value retailers are extending their rivalry from the high street to out of town as B&M Bargains launches a home format and Poundland targets retail parks. Family Bargains, the fledgling sister chain of 99p Stores, is also looking out of town. 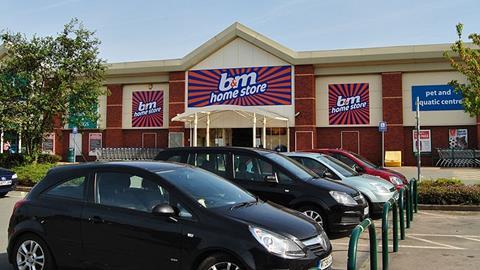 B&M Bargains joint-managing directors Bobby and Simon Arora both sat on the board of Opus Homewares, which was previously owned by a consortium of private investors and family trusts.

Simon Arora said B&M Bargains bought Opus to obtain its retail park estate and extend its reach in Scotland and Northern Ireland. He said the 12,000 sq ft B&M Home Store will be a “different mix” to B&M Bargains, and will sell furniture, DIY, and home furnishings. The Opus Homewares estate is being rebadged and more openings are planned.

Poundland began opening on retail parks in November. It has six such stores already and is on the hunt for more. Poundland chief executive Jim McCarthy said: “You get significantly higher average transaction value. The economics look good so we’ll build on those numbers and develop the format.”

The push comes as the 293-store retailer revealed operating profit rocketed 81.5% to £21.5m in the year to March 28, as a tight cost control and strong supplier relationships paid off.

Turnover soared 28.7% to £509.8m. However, like-for-like sales growth slid to 0.7% from 2.1% the previous year. McCarthy insisted the like-for-like performance was “still good given the state of the economy and the competition in the market”.

In the year to date McCarthy said turnover is “significantly up” on last year. “I think we’ll have another positive year on like-for-like,” he said.