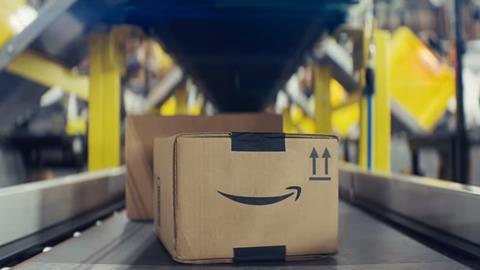 Amazon, Boohoo and Asos are stealing a march on their competitors internationally, finds exclusive new research published in The International Retail Index.

The International Retail Index, produced by Loqate in partnership with Retail Week, Planet Retail RNG and World Retail Congress, is published today and ranks the top 30 global retailers across 70 metrics.

Localised-language websites, address verification of international orders, international apps and an outlet – whether it be a store, marketplace, third-party partnership or locker-delivery system to provide enhanced collection and return options – were some of the key trends determining those that scored well in the ranking.

Four UK retailers made it into the top 10, with Sports Direct and Topshop (Arcadia Group) coming in at number four and six respectively, behind Boohoo and Asos in the top three.

Despite a limited physical presence in the US and overseas, it has the strongest fulfilment capabilities, offering sub-90-minute delivery in many markets through Prime Now, as well as same or next-day deliveries through Prime.

Amazon has the strongest fulfilment capabilities, offering sub-90-minute delivery in many markets through Prime Now, as well as same or next-day deliveries through Prime

It has also expanded its international footprint, having launched in Australia in December 2017.

Overall the top 30 grew their combined international presence by 20 markets and 13,000 stores in the five years to 2017, equivalent to a 14% increase.

Read the full report to find the strategies they used to do it.

Find out who else made the top 30 here

LoqateLoqate, a GBG solution, is the world’s most trusted data specialist in location intelligence for businesses of all sizes and sectors.
Follow @http://www.twitter.com/@loqateLoqate