Christmas trading will be tricky, but opportunities abound

Once again, the run-up to Christmas has been dominated by dire predictions for the retail industry. With high-profile store closures generating headlines and consumer sentiment at a five-year low, retailers are operating in an unforgiving environment.

Undoubtedly, retail is going through a difficult time, yet it continues to show resilience and an ability to reinvent itself.

We expect Christmas trading to be difficult again this year, but there are still opportunities for retailers to succeed.

Times are tough for consumers as well as retailers. With political and economic uncertainty, it’s no surprise they are looking to cut back on what they spend.

However, Christmas is a time for giving and celebrating, and consumers will embrace this – spending an average of £400 on presents alone.

Though a small decline from last year, it’s still a significant figure.

“There’s also one area where people will not cut back: Christmas dinner, which remains one of our biggest spending priorities”

There is an opportunity for retailers that understand consumers’ spending preferences and know where, how and why they shop.

Certain retailers are thriving – particularly those that can offer differentiators, such as great customer experience, convenience, range or price position.

There’s also one area where people will not cut back: Christmas dinner, which remains one of our biggest spending priorities.

Food and grocery retailers will likely rejoice as consumers refuse to compromise on entertaining at home over the festive season.

Online to dominate, but late wins for the high street

As ever, we’re certain to see the usual comparison between online and high street sales over Christmas.

However, with just under 40% of Christmas spending expected on the high street, there is plenty of opportunity for bricks-and-mortar retailers.

“A late Black Friday and Cyber Monday, and a December 12 general election, are likely to push shopping back even later than usual, so retailers’ physical stores could be hugely significant this year”

People still want a reason to go shopping and embrace the physical shopping experience, particularly in the festive season.

Understanding what consumers want – and being able to deliver that in the way they want it – will be critical for high street success this Christmas.

A late Black Friday and Cyber Monday, and a December 12 general election, are likely to push shopping back even later than usual, so retailers’ physical stores could be hugely significant this year.

As shoppers leave it later than ever, those retailers who have physical stores prepared to handle this late surge could be successful. 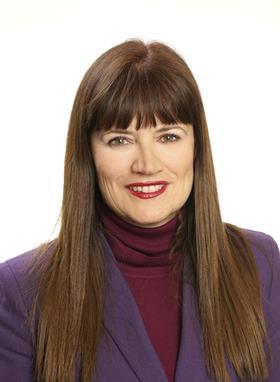 For a more in-depth review of what we expect to see in retail this Christmas, read PwC’s Predictions of Christmas 2019.

PwCEquipping retail and consumer leaders across the UK with leading-edge expertise and insights to manage change, navigate complexity and unlock value.