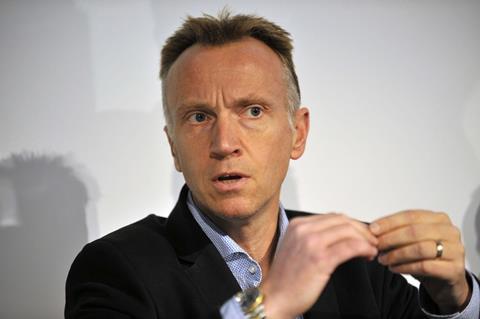 Retail Week understands that Wall is pursuing non-executive opportunities. He will leave Shop Direct in mid-August.

Wall joined Shop Direct as group ecommerce director in 2010 from Flowersdirect.co.uk, where he had been chief executive. He was tasked with overseeing online operations across all of the retail group’s websites, including Very and Littlewoods.

Wall has played a pivotal role in Shop Direct’s transition from a catalogue retailer to the UK’s second largest pureplay retailer.

He has overseen the creation and development of Shop Direct’s five-star-rated apps, led on Very’s soon-to-be AI-enabled chatbot, and spearheaded the retailer’s mobile push.

Wall said: “When I arrived at Shop Direct, we were still very much a catalogue-focused business.

“Our ambition was to grow online to 70% of total sales by the end of 2010 – a target that we smashed thanks to the relentless drive of the outstanding ecommerce team we have here.

“To look at everything the business has achieved since then – in particular making the bold decision to cut the catalogue last year to become 100% online, while continuing to hit record sales and profits – makes me extremely proud. Shop Direct has huge ambitions for the future and, while the time is right for me to go after something new, I have no doubt that the team here will continue to succeed.”

Jon Rudoe, group retail and technology director at Shop Direct, said: “On behalf of the whole board, I want to thank Jonathan for everything he’s achieved during his time at Shop Direct. His leadership, innovation, commitment and customer focus have moved us much closer to our ambition of becoming a world class digital retailer. He’ll leave a real legacy here, and we’re very grateful for that.

“Above all, Jonathan’s a top guy and will be missed. We wish him well for whatever he chooses to do next.”

Retail Week understands that Wall is pursuing non-executive opportunities. He will leave Shop Direct in mid-August.

Wall marks the latest in several departures from the pureplay retailer, including Very Exclusive’s boss Sarah Curran earlier this month and strategy director Dan Rubel in May.