The former manager of Topshop’s Las Vegas flagship, Auna Irvine, has become the first person to publicly allege that Philip Green harassed her.

Irvine, who worked as a store manager at Topshop from February until December 2012, has alleged in an interview with The Daily Telegraph that Green slapped her bottom and made inappropriate remarks about her appearance in front of other colleagues.

She is the first person to come forward with personal allegations of harassment against Green since he was named in Parliament as the British businessman at the heart of a #metoo investigation by The Daily Telegraph last month. 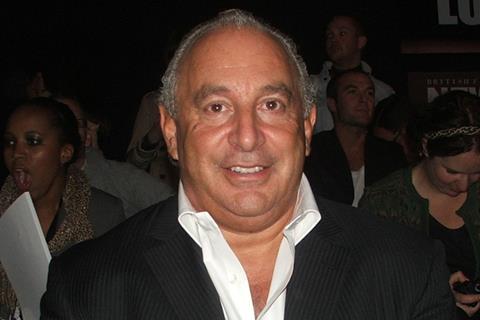 Green previously told The Mail on Sunday that he only engaged in “banter” with his employees and that he had “the worst week” of his life after being named in Parliament.

Irvine claims that during her tenure at Topshop, Green would repeatedly call her on a phone she was given specifically to take calls from him. She alleges that Green would call at all hours as much as eight times a day, and would at times make inappropriate comments about her appearance or shout at her if she did not answer the phone.

Irvine, who was formerly employed by AllSaints, claims she raised her concerns with Arcadia’s human resources department in London in September 2012, but that her complaint was not proactively dealt with.

Three months later Irvine was dismissed from her role after she was accused of giving clothes to celebrities without approval from managers.

Schillings, the law firm representing Green, said Irvine was an unreliable witness who was fired after breaking company rules – an allegation that Irvine rejects.

Irvine hired a lawyer to explore legal action against Green in 2013 but did not end up pursuing it.