With the news that driverless lorries will be trialled in the UK next year, Hermes’ Carl Robinson looks at the environmental impact.

Last Friday while enjoying my morning coffee, I watched the breakfast TV shows with interest as they broke the news that fleets of driverless lorries are set to be trialled on UK motorways next year. 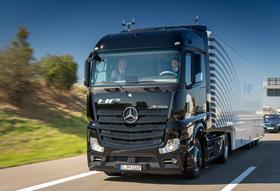 Driverless lorries are revving up for a government-funded UK trial this year.

The government announced that up to three lorries will travel in an automated convoy, controlled by a driver in the lead vehicle, in a move designed to cut congestion and pollution.

According to reports the lorries will drive in close proximity to one another so that the front vehicle creates a slipstream for the following vehicles, making them more efficient and helping to cut emissions.

In addition, the government has said this innovation could eventually lead to fuel efficiency savings for haulage companies.

However, the AA was quick to highlight its concerns over the initiative.

President Edmund King told the Telegraph: “We have some of the busiest motorways in Europe with many more exits and entries… A platoon of just three HGVs can obscure road signs from drivers in the outside lanes and potentially make access to entries or exits difficult for other drivers.”

As a company that focuses heavily on innovation, we will be keeping a close eye on next year’s trial and the development of similar technology, and we hope that the trial is deemed a success while the fears of the AA are alleviated.

By operating extensive fleets of vehicles, we believe the logistics industry has a responsibility to constantly explore ways to utilise emerging technologies in order to become greener.

At Hermes we already save more than 292 tonnes of carbon each year in Central London through our partnership with Gnewt Cargo, with deliveries being conducted by electric, zero-emission vehicles.

“At Hermes we already save more than 292 tonnes of carbon each year in Central London through our partnership with Gnewt Cargo, with deliveries being conducted by electric, zero-emission vehicles”

This initiative has led to carbon dioxide reductions of 67% and nitrogen oxide savings of 71%.

Meanwhile, we continue to monitor new and exciting developments in this sector – and many of our customers got the chance to hear from electric vehicle manufacturer Arrival, which showed off a number of its inventions during the official opening of our £31m Midlands Super Hub in Rugby earlier this month.

Retailers attending the special event also got to explore our Innovation Centre at the hub, which contained a self-driving delivery robot (the very same ones we are currently trialling in London with Starship Technologies), as well as a number of secret Hermes prototypes, which we will tell you about in due course.

Moving forwards, home-delivery operators will be met with two key challenges – ensuring they have the capacity to deal with rising parcel volumes and prioritising the efficiency of their transportation networks.

By significantly investing in our new state-of-the-art facility in Rugby and by prioritising partnerships with innovative organisations like Gnewt Cargo we are certainly on the right path. 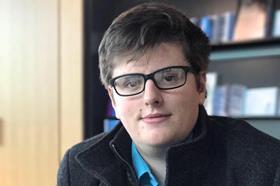