Blog: How dedication will keep Black Friday deliveries on track

Ahead of Black Friday, Hermes’ Carl Lyon looks at the couriers going above and beyond the call of duty to ensure customer fulfilment. 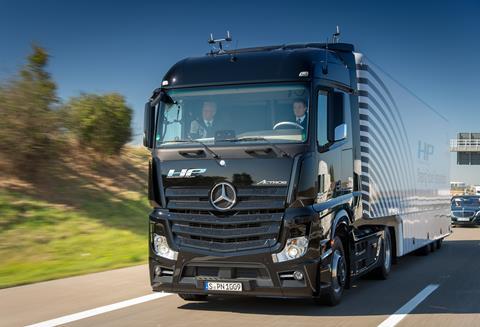 Couriers will play an essential role around Black Friday

After months of careful planning and meticulous preparation, Black Friday is finally upon us.

Over recent years this weekend has become the most important period in any retailer’s calendar, and there is no doubt that those working across the industry will be putting in the extra hours to ensure that operations run smoothly and forecasts are met.

Retailers focus on maximising sales and shifting products from their warehouses, and consumers concentrate on achieving the best price possible.

Couriers will soon take centre stage as they deliver billions of pounds’ worth of products to all four corners of the UK – and it is vital that we do not forget the great job they do.

Over the past few years, we have heard of more and more couriers going above and beyond the call of duty to help people in the local community where they deliver their parcels.

Aid comes in all forms, from helping someone with disabilities to alerting the services that someone’s house was actually on fire!

Most recently one of our couriers took advantage of a local steam train to deliver his parcels when road works left his route impenetrable.

Michael Houston was faced with a 50-mile detour to deliver parcels while the B797 between Leadhills and Wanlockhead was being resurfaced.

Not willing to let his customers down, Michael went the extra mile and took advantage of the Leadhills and Wanlockhead Railway (L&WR).

Ordinarily run as a tourist attraction at weekends, the narrow-gauge railway was reopened as a regular daily service to locals while the main road was shut for two weeks.

A total of three trips on the L&WR meant that Michael was able to deliver 20 parcels to those who might have otherwise been left in a bind.

“You never know how important the contents of the package could be!” he said, adding that “I deliver to many pensioners and people without cars so it is vital that they get their goods on time. Being a rural courier ensures I play an important role within the community.”

Hermes operates a network of more than 10,500 self-employed couriers who deliver hundreds of millions of parcels to varying communities across the UK each year

Michael has been working with Hermes for nine years and has since developed a special bond with his customers: “People are so pleased with my service that they ask which retailers Hermes delivers for, so they can order exclusively from them and I get to deliver the parcels! That’s a nice compliment.”

Hermes operates a network of more than 10,500 self-employed couriers who deliver hundreds of millions of parcels to varying communities across the UK each year.

Over a third of our couriers have been with us for more than five years and two-thirds for more than two years – and it is this experience that allows them to make the difference and develop key relationships with the UK’s growing number of online shoppers, whether in the Highlands or in the City of London.

Deals worth fighting over for the retail event of the year

To buy tickets as part of this special limited offer contact

More information and two-for-one tickets can be found at live.retail-week.com

Check out the programme jam packed full of thought leaders, industry trailblazers and even a few renegades. But don’t take too long. This offer is strictly for a limited time.