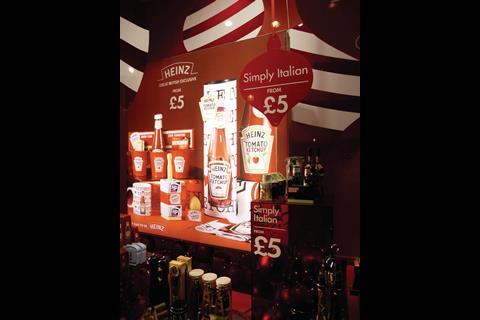 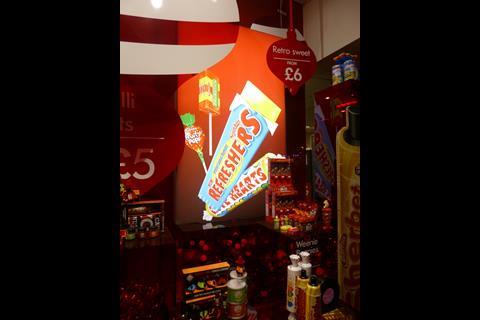 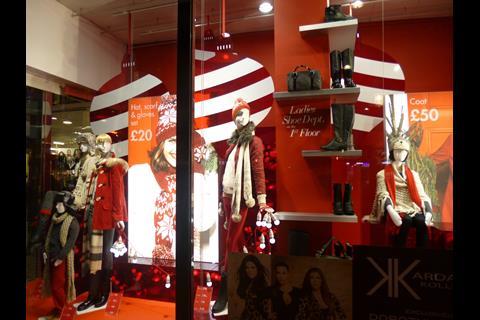 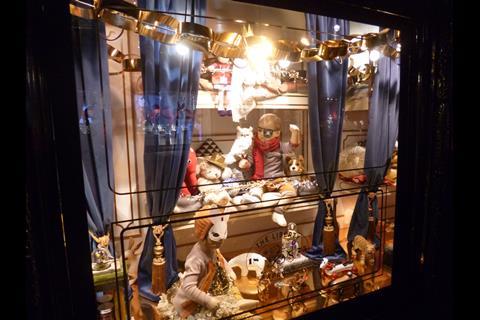 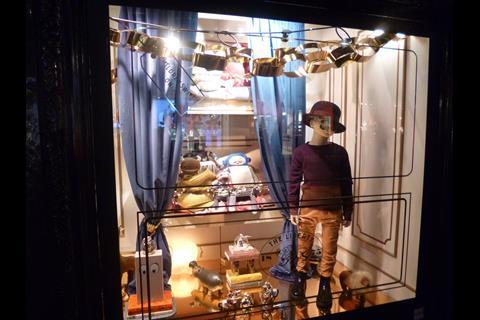 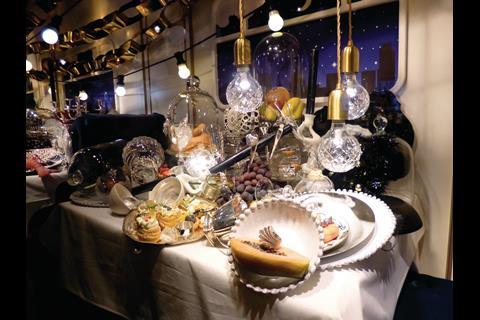 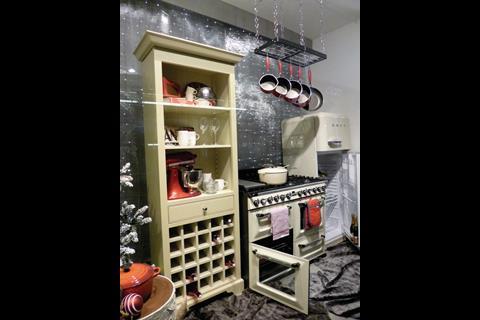 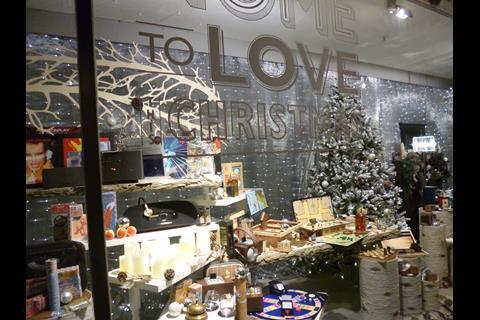 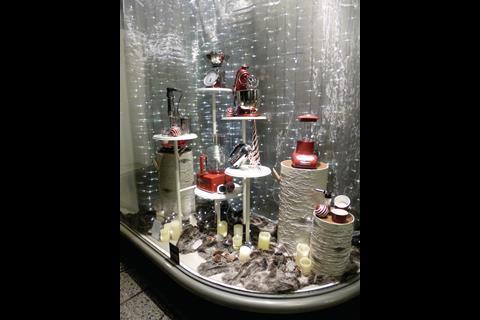 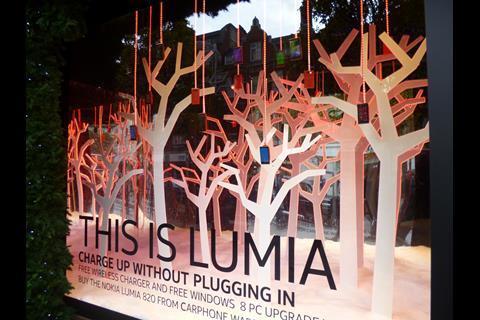 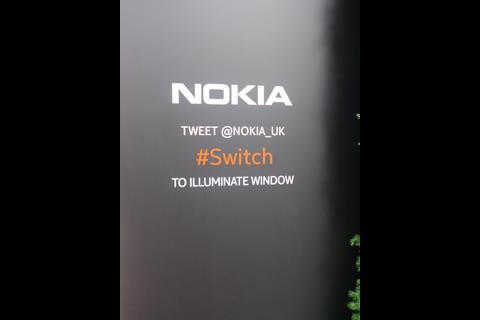 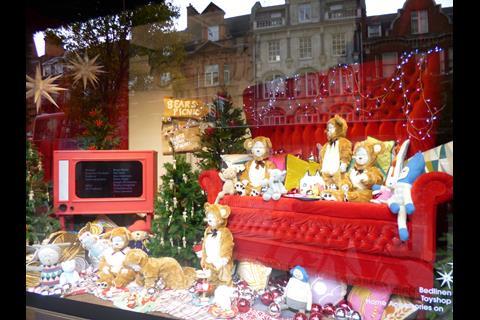 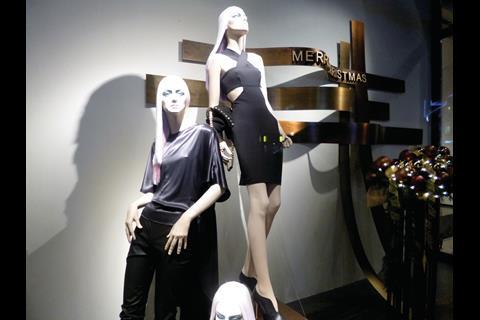 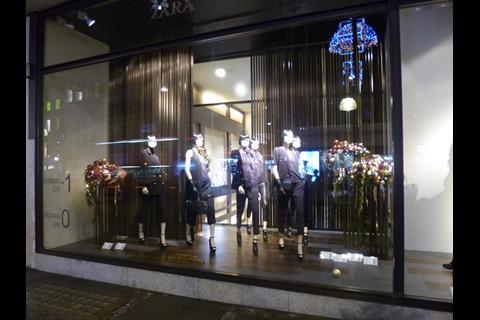 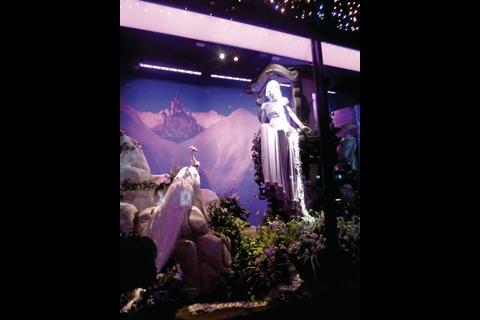 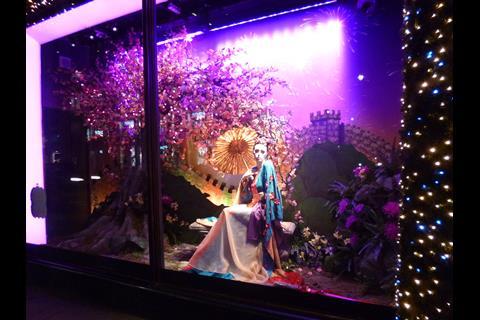 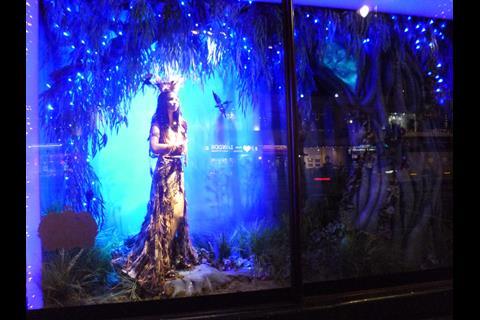 From fairy tale landscapes to a focus on product, there is a wide variety of windows this year. John Ryan reports from London’s West End.

In the run-up to Christmas, London store windows are looking their best. Now, more than ever, making a visual merchandising splash is an essential part of making the tills ring – if the windows are not noticed at this time of year, even the best products in stores may end up as markdowns before December 25.

This year’s windows split into two distinct schools – kitchen sink or a very abstract, minimalist Christmas. Into the former category fall the majority of the West End’s big department stores, while minimalism takes centre stage at many high street groups – probably because it is cheaper and easier to install than trying to create impact through product volume.

It is also worth noting that while the top department stores have put on a fine show and not spared the horses, reindeer or marketing budgets, they are also competing against Printemps and Galeries Lafayette across the Channel in Paris this year. And for those who are curious, the festive windows of Parisian Christmas will be covered in Retail Week Interiors, included in the December 14 issue.

BHS is known for its in-store Christmas shop that accounts for a fair proportion of its revenues in the run-up to December 25. Its windows however are a force in their own right.

This year the lights along Oxford Street have been sponsored by Marmite and BHS uses another condiment as the basis for the colour scheme across its shopfront. This time it’s Heinz Tomato Ketchup, which does not, in fairness, sound hugely seasonal,

yet in common with John Lewis it sets a red and white theme for the other displays and gives a generally festive and low-cost feel to the windows. Glance further along and there is a display of retro sweets featuring Refreshers, Love Hearts and Fruity Pops, again with a red backdrop.

What the BHS windows demonstrate is that a large amount of money is not necessarily the answer to creating windows that turn heads.

London’s most bohemian department store has a party theme in several of its windows. In common with Selfridges, it puts a lot of product in the window, but the centerpiece is a restaurant where bad behaviour seems to be on show. One floozy mannequin sits on a table, while a second seems to be resting on her elbows beneath another. This is upmarket Christmas party time and all of the props, from a large turkey to paper-chain garlands (except that they appear to be covered in copper) are in evidence.

The exceptions are two windows that use the same sort of feel but are aimed at promoting kids’ products, with soft toys and settings that make you think Victorian Christmas, although there’s not a Bob Cratchit in sight. Liberty’s windows are about opulence and abundance and it does this better than any other store in the West End.

It may not have the same whiff of luxury as Liberty, Selfridges or Harrods, but Middle England’s department store group of choice does not flinch from adopting the same policy of filling its windows this year. The outcome is a very traditional take on the festive season. This is realised with Christmas trees, silver light backdrops and birch tree stumps, the latter serving as plinths for product displays.

The bulk of what is on show is homeware, and nesting white tables, fronted by more birch bark, are used to ensure the red and white colour scheme is followed throughout. In some Christmases past, John Lewis could have been accused of being a little stodgy in its visual merchandising, but in 2012 the windows are of sufficient calibre to have shoppers wielding their camera phones. There is also the matter of the building itself, which is covered in strings of white lights – simple, but effective.

Along with Harrods, the store with the seemingly endless run of windows has opted to surround them in fake holly with small, embedded lights. And this somewhat retro approach is mirrored inside a number of the windows, which feature festive overload in terms of the number of gift items that have been crammed into the spaces.

Christmas trees, oversized crackers and red backdrops make these the kind of displays that you imagine of old, although the reality is that they were never probably as enticing as this. The Selfridges yellow is also put to good use, being repeated, in varying forms, as progress is made along the shopfront. Lip service is also paid to the tech side of things with iPads and a display where Nokia invites shoppers to ‘Tweet @nokia_UK #Switch to illuminate window’. That did not seem to be working as a shopper call to action on the day of visiting.

A fashion group found in town and city centres across the country, Zara is a standard bearer for what is possible on a limited budget and with quick installation in mind. The retailer has been using military-formation mannequins for some time now and Christmas follows this pattern, with black-wigged mannequins stepping out in eveningwear against a distinctly sombre background.

Look hard and it’s possible to spot that there’s a piece of curving metal at the back of the window bearing the legend ‘Merry Christmas’, but this is about as festive as it gets and it would be perfectly possibly to miss it entirely. There is nothing wrong with that though, as the minimal approach in this display is both dramatic and appropriate to the time of year – it’s the stock and the mannequins that do the talking and there are few other distractions. Whether you go to New York, Paris or Rome, there will probably be something very similar. Zara is a model of brand consistency.

Ball-gown clad mannequins form the centerpiece of each window along the frontage and each is washed in light of the kind that might have graced a prog rock 1970s album cover. The effect however is different from those days and, unlike Selfridges, these windows are more concerned with storytelling than product. There is something fairy tale-like about what has been done and white peacocks and prancing horses add to the mood.

It is to Harrods’ credit that it has not opted for Disney, the default position when it comes to fairy tales and shop windows. Disney displays are good in situ, in a Disney Store, but always seem a cop-out when installed in the window of a ‘host’ retailer. More glamorous Brothers Grimm than Sleeping Beauty, therefore, and a diverting panorama, particularly at night, when anyone driving along the Brompton Road would have to be careful to avoid an accident as they inspect the vistas.