Sports Direct’s chairman Keith Hellawell will step down from his role on the retailer’s board after nine years in a non-executive reshuffle.

Hellawell will leave the sports retailer at the end of its annual general meeting today and will not be seeking re-election. 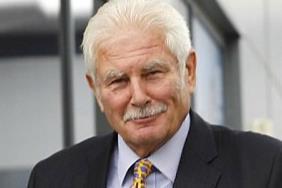 Keith Hellawell has been chairman of Sports Direct since 2009

He will be succeeded by non-executive director David Daly, who will also take the role of chair of the nominations committee at the conclusion of today’s AGM.

Hellawell has been chairman of Sports Direct since 2009 and came under pressure from investors to step down in recent years in the wake of the controversy surrounding the retailer’s Shirebrook warehouse working conditions.

Hellawell said: “Having overseen significant improvements in the working practices and corporate governance of the company, which includes a refresh of the board, now is the right time for me to step aside.

“I have every confidence that the group will continue to go from strength to strength.”

William Hill’s UK retail managing director Nicola Frampton will join as a non-executive director from October, and the store manager of Sports Direct’s Cardiff Bay branch Cally Price will become the retailer’s next workers’ representative from May.

Senior independent non-executive director Simon Bentley will retire from his role having served on the board since 2007.

Chief executive Mike Ashley, who is not be attending today’s AGM, said: “I would like to thank Keith and Simon for their valuable service and significant contributions to the company over the years.

“Meanwhile, we are delighted to welcome Nicola and Cally to the boardroom and look forward to David Daly taking up the role of chairman.”