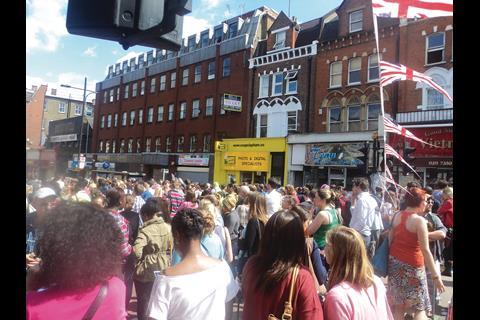 Thousands turned out to clear up in Clapham, Camden and Chalk Farm 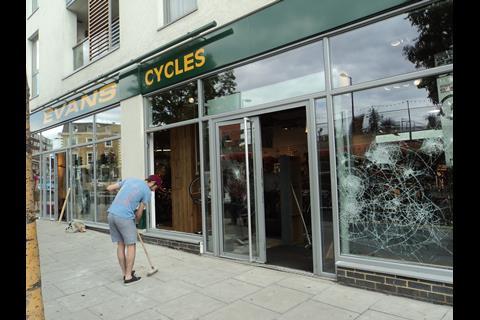 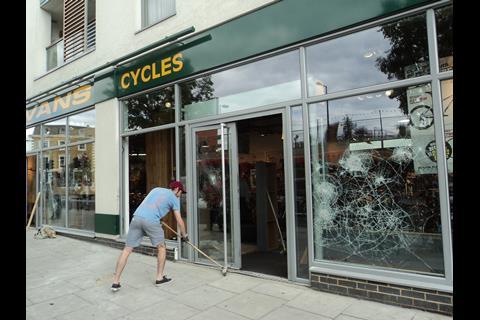 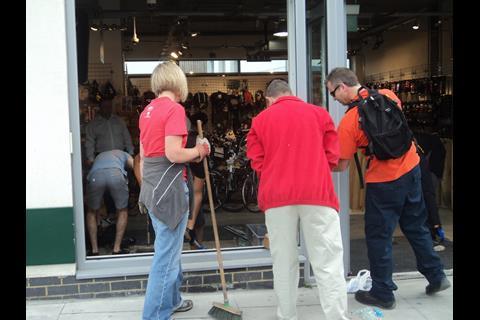 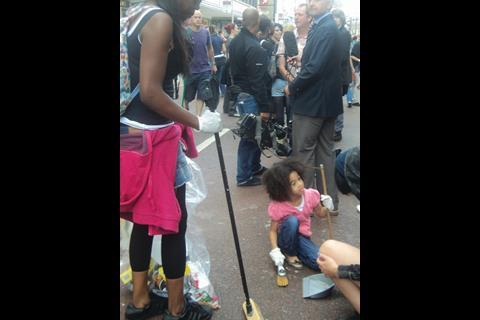 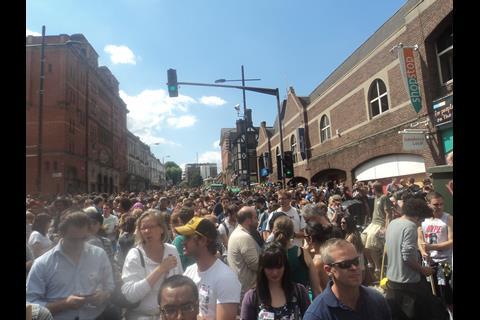 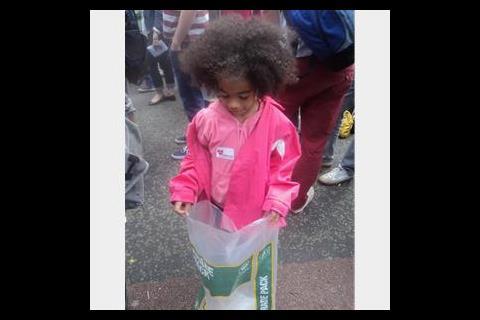 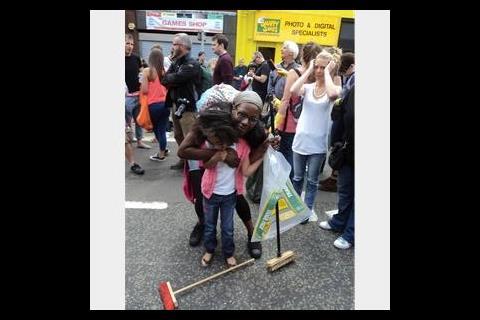 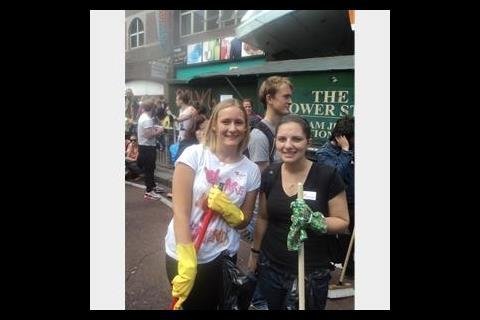 Gemma Goldfingle reporting from the London riot clean-up Thousands of Londoners took to the streets brandishing brooms, dustpans and bin bags in an effort to help retailers clean up the streets trashed by the riots this week.

The so-called ‘Broom Army’ donned their marigolds and congregated in London’s worst-hit areas on Tuesday including Clapham Junction, Camden and Chalk Farm after organising to meet via Twitter. The @riotcleanup account amassed more than 87,000 followers since it was set up on Tuesday.

While the streets of Camden and Chalk Farm had been largely cleaned up in the early hours of the morning, the devastation to retailers could clearly be seen with smashed windows and broken glass strewn across the pavements.

The Broom Army flocked to Evans Cycles, which was among the most affected stores in the area, with every window smashed and tens of thousands of pounds worth of stock stolen. Evans Cycles head of retail Peter Kimberley told Retail Week: “About 40 to 50 bikes were stolen, and some of our bikes value at three to four thousand pounds.”

Kimberley said the retailer was concentrating on cleaning-up and contacting the customers who had bikes awaiting repair at the store, and was keen to “get back to business as usual”. The retailer was expected to re-open yesterday.

The Broom Army then hot footed it to Clapham Junction, where the devastation had yet to be cleaned up. Most retailers in the area were affected with electricals store Curry’s and phone shops, including Orange, hardest hit with little stock left in the obliterated stores.

Helpers had to wait for hours before mucking in as the police needed to secure the area first, which included ensuring the burnt out building that once housed the Party Superstore – one of the main supporters of the Street Kids Rescue charity – was deemed safe.

But the atmosphere was upbeat, with some helpers putting up bunting, and others orchestrating ‘Broom Waves’ in the style of Mexican Waves while they waited patiently. Retailers showed their appreciation to the waiting crowds with Sainsbury’s staff handing out food and water and Marks & Spencer doling out Percy Pigs.

Residents were also determined to stand strong with their local retailers and community against the riots. Clapham resident Jameela, 21, said: “This is where we come out. We shop here, we eat here and we drink here. Coming out here to clean it up shows we’re uniting against it.”

Wapping resident Melissa Ronson agreed: “We’re showing the idiots we’re not going to stand for it.”

Rob Templeman, chief executive of Debenhams, which had its Clapham store ransacked on Monday evening with its fragrance department hard hit, said: “To see locals coming out to clean up sends a powerful message.” But he added: “We’re being affected on trading because people don’t want to be out.”

As the growing crowds started to look like a gathering at Harry Potter’s Hogwarts school with all their brooms raised ready and waiting, the few stores that were open started shutting up shop for the day for fear of further attacks in the evening.

Stores such as Superdrug, M&S and Moss Bros in the station, which had been unaffected the evening before, closed their doors and pulled the shutters down.

But the Broom Army remained steadfast until they were allowed to sweep their beloved streets. The power of the local community – in which retail plays such a significant part – could not be broken.