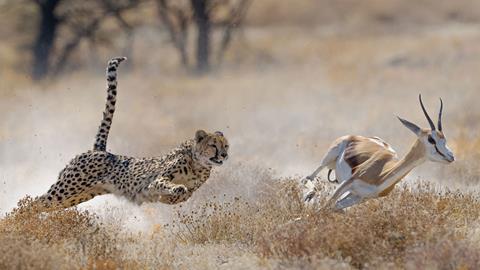 Why standing out in ecommerce is the key to survival

To compete effectively in online retail businesses need to think differently in order to accelerate their digital evolution.

The Red Queen hypothesis, named after Lewis Carroll’s famous character, states that while organisms need to adapt constantly and evolve in order to survive, they do so against a backdrop of competing organisms who are also evolving in an ever-changing environment.

For example, although a cheetah may evolve to increase its speed becoming a far better predator, its prey, the antelope, will also be evolving and will develop better techniques to outrun and evade the quicker cheetah.

In this scenario, despite both organisms evolving to increase performance, in relative terms neither becomes more effective.

To gain an evolutionary advantage a species has to evolve more rapidly than the speed of evolution of those around them.

So why is this useful in ecommerce?

The outcome for the cheetah and the antelope can be true of digital performance. While organisations invest in ecommerce, revenue does not increase to anything like the degree they were expecting.

In other words, they are placing a lot of effort into their online channel but are not seeing an effective result that drives performance. They are doing all the running they can do (and incurring substantial costs) but staying in the same place.

Imitation can drive a loss of competitive advantage

One of the outcomes of continuous improvement in ecommerce is the rise in the practice of adopting what others do in their online execution.

Often done through a decision to invest in a new website, the outcome is an apparent ecommerce standardisation whereby numerous companies within a sector have digital executions that are converging to look and feel the same.

This approach doesn’t offer any competitive advantage to enable growth ahead of other sector players.

To out-perform the competition businesses need to think differently about ecommerce and how they can accelerate their evolution.

An increasing number of leading brands are doing things very differently and as a result are setting themselves apart.

These businesses understand that ecommerce is an integrated system supported by a customer-centric culture and they are investing in building this capability to generate growth.

Find out what they are doing to run ‘twice as fast’ in our latest white paper. 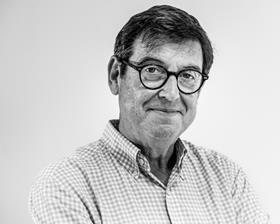 Good GrowthGood Growth is a digital consultancy that uses science to put the customer at the heart of decision-making for the world's most successful brands.