Mood Media uncovers three key reasons why consumers are continuing to shop in physical stores instead of online. 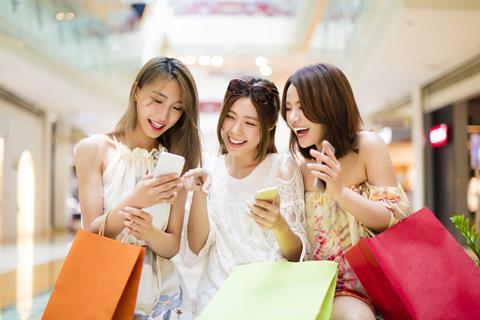 The research finds that, aside from obvious cultural differences, global consumers have similar needs and expectations when it comes to their shopping experiences.

Download ‘The state of brick & mortar: 2017’ to view more comprehensive study results, including comparisons between countries.

1. Experiencing with their senses

The report highlights that, despite modern technology taking over our everyday lives, consumers are still craving sensorial experiences.

Almost 80% of global consumers cite ‘the ability to touch, feel and try products’ as their number-one reason for shopping in bricks and mortar.

Such sensory stimulation is particularly valued in China and the UK, with more than eight in 10 giving it as their top reason for shopping in store.

“Almost 80% of global consumers cite the ability to touch, feel and try products as their number-one reason for shopping in store”

The overall atmosphere and sensorial engagement (sounds, scent, visuals) is also highly valued across the world. More than 60% of global consumers assert they are more likely to revisit a store with an enjoyable atmosphere.

In nearly all instances globally, those aged 18 to 24 rate ‘atmosphere and experience’ higher than other age groups do, with one in three citing it is as the top reason.

The only country to not follow this trend is China, where almost one in two consumers aged 35 to 44 state it as the key reason for in-store shopping, surpassing the 18 to 24 age group. 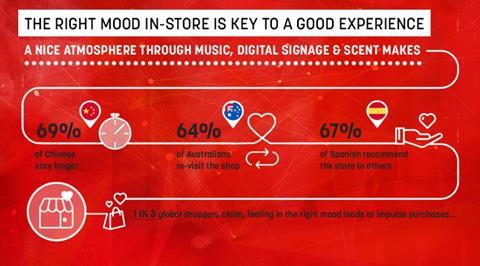 2. Having their mood lifted by music

Music plays a leading role, with more than 80% of respondents saying it makes their shopping experience more enjoyable and lifts their mood.

Shoppers most influenced by music while in store are those in China, the USA, Australia and the Netherlands. More than 90% of consumers from each country register positive emotions, such as feeling welcome, relaxed and inspired.

Two thirds of those surveyed globally assert that they feel more connected to brands that play the right music.

The majority of these are from the youngest generation, which often appears the hardest to engage. Baby-boomers are the least likely to feel this connection, despite often being considered the most loyal customers.

The research also finds a direct correlation between an absence of music and negative feelings for consumers. More than half of global respondents claim to feel uncomfortable, angry or depressed when there is no music playing in a shop. 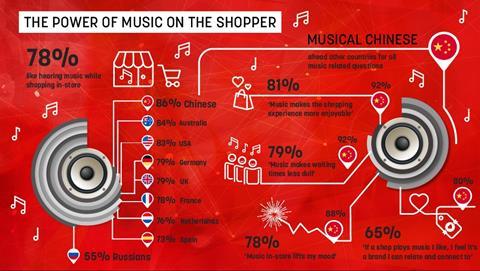 Mood’s research uncovers an increasing worldwide demand for interactive technology to be incorporated into the in-store experience.

More than half of those surveyed were enthused by the possibility of being able to receive redeemable promotions on their mobile phones while in store.

This is particularly true of Chinese consumers, with 85% interested in such mobile offers and more than 90% already using their phone in store.

The widespread introduction of mobile promotions would also be good news for consumers in the UK. Bargain-hunting Brits top the global poll for using their mobile phones to see if they can find products for a cheaper price elsewhere.

In addition, the study unveils an increasing demand for customers to play an active role in the shopping experience.

More than three quarters of Generation Z consumers (aged 18 to 24) from across the globe say they would like the opportunity to influence music played in store. 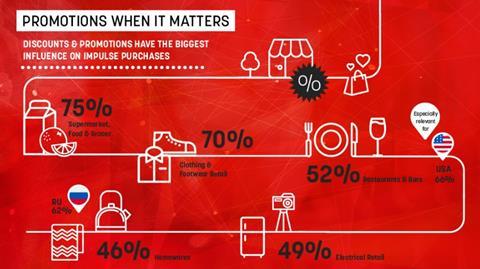 Putting the emotion back into shopping

Access Retail Week’s report ‘Shopping with emotion: How senses drive sales’, produced in association with Mood Media, to find out. Download it for free here.