Employment law and the gig economy

Olswang partner Melanie Lane discusses the gig economy and what retailers need to know about the employment law implications.

What is the ‘gig economy’?

The so-called ‘gig economy’ is a paradigm shift away from traditional employment models, typically involving self-employed contractors carrying out short or fixed term projects – ‘gigs’ – rather than becoming employees of the hirer.

Often utilising digital platforms to create large scale marketplaces that connect the individual service provider with the hirer, the key perk for all parties is the flexibility it affords.

Figures from the New Economics Foundation think-tank suggest that London’s gig economy has grown 72% since 2010.

Why has it been in the news?

The gig economy is very much in the spotlight.

Uber hit the headlines in November when an employment tribunal decided that its drivers (backed by the GMB union) were ‘workers’; the Independent Workers Union of Great Britain (IWUGB) has applied to the Central Arbitration Committee on behalf of some Deliveroo riders; and bicycle couriers for Excel, City Sprint, Addison Lee and eCourier (also supported by the IWUGB) have commenced test cases against the courier companies arguing for ‘worker’ rights. 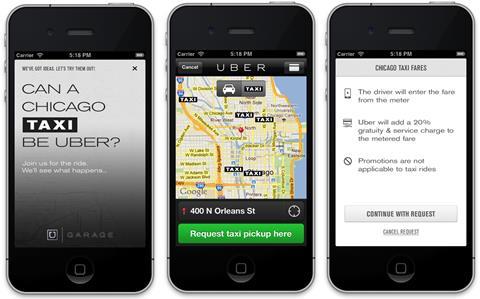 The legal issue at the heart of these cases is the proper employment status of the individual contractors or service providers – which, crucially, is also relevant for tax purposes.

‘Workers’ (a halfway-house category between employees and the self-employed) benefit from a wide range of employment rights, including the right to be paid at least the national minimum wage, the right to paid leave, rest-breaks and a maximum working week, and protection from discrimination and for whistleblowing.

By contrast, genuinely self-employed contractors do not, and are also responsible for paying their own taxes.

The gig economy appears to have become a particular focus for the UK Government recently.

The Prime Minister has ordered a review of modern employment practices, and the Business, Energy and Industrial Strategy Committee has also launched an inquiry into the future world of work.

“You may question how much progress will be made while the Government has bigger, Brexit-shaped fish to fry”

It is also very much on HMRC’s radar, with the Office for Budget Responsibility estimating that by 2020/21 it will cost the Treasury £3.5bn in lost tax revenues.

You may question how much progress will be made while the Government has bigger, Brexit-shaped fish to fry.

However, the estimated loss to the Treasury may focus minds.

In the meantime, savvy retailers will be reviewing both their engagement and their delivery models, and following the developing case law and any resulting HMRC scrutiny with keen interest.

Olswang is holding ‘Talking Retail’ lunchtime webinar series. To learn more about the gig economy, join Melanie Lane and Olswang for a webinar on Thursday January 19 at 12:30 GMT.

OlswangOlswang LLP is an international law firm and a European and Asian leader in technology, media and telecommunications.