House of Fraser drafts in new executives ahead of international push

House of Fraser has poached two senior executives to strengthen its top team as it mounts an overseas offensive. 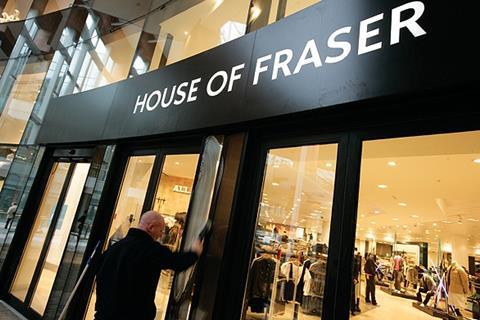 The department store group has hired Tony Holdway, brand director at DIY retailer Wickes, who will take up the same role at House of Fraser later this month.

Baillie, who will report into executive director of multichannel Andy Harding when she takes up the role later this month, will focus on building the retailer’s multichannel proposition in store, on mobile devices and internationally.

She will lead the department store group’s digital overseas expansion with the launch of multi-language, multi-currency sites next year.

The retailer already delivers to 131 countries worldwide but has no country-specific websites.

House of Fraser is to launch its first international store in Abu Dhabi later this year.

Harding said: “It’s a coup for us. She’s one of the rising stars of the ecommerce world.” Ecommerce has been House of Fraser’s most significant growth area - sales soared 44% in the first four weeks of its financial year.

The retailer has invested heavily in multichannel including the development of click-and-collect stores, which opened in Liverpool and Aberdeen in 2011.

The department store group is on the hunt for four or five further locations to roll out the format.