Intersport teams up with The Hut to boost website visitor numbers

Intersport has joined forces with ecommerce specialist The Hut to build a bigger online presence. 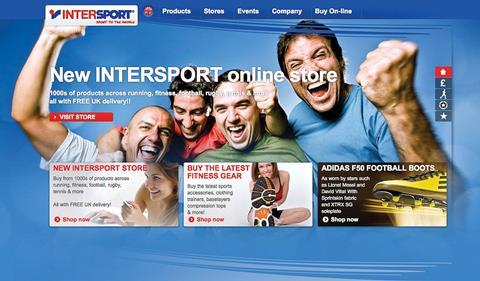 The buying group, which comprises 201 stores in the UK and Ireland, hopes that The Hut can lift visitor numbers to its website from 500,000 a year to 7.5 million.

Using The Hut’s existing technology platform and database, Intersport hopes to become one of the UK’s largest online retailers in the sports sector.

At present nine of Intersport’s members sell on its Intersport.co.uk website. The hope is that greater traffic will help sales and encourage more members to join the site. Some Intersport members have separate transactional offers.

A soft launch is scheduled for this month and The Hut’s online offer will gradually grow as more brands, including Nike, Speedo and Umbro, are brought in.

Intersport general manager Barry Mellis said the initiative was “great for the Intersport brand” and hoped it would attract more customers.

The Hut commercial director Richard Chapple said the venture was the next step in expanding its ranges, which have grown to include health and beauty, fashion and toys.

The Hut last month bought online gadget retailer Iwantoneofthose.com and weddings business Confetti from Findel. It immediately placed Confetti into administration and, at the time of going to press, no buyer of the business had emerged.

Intersport has also launched a loyalty card to be used by its members. The card, although a group-wide initiative, will be run individually by members. Special offers, for example, will be aimed at local schools, sports teams and athletics clubs.