Jubilee boost for retail as Brits get into party spirit

The Queen’s Diamond Jubilee provided retailers with a much-needed footfall boost as shoppers got into the party spirit. 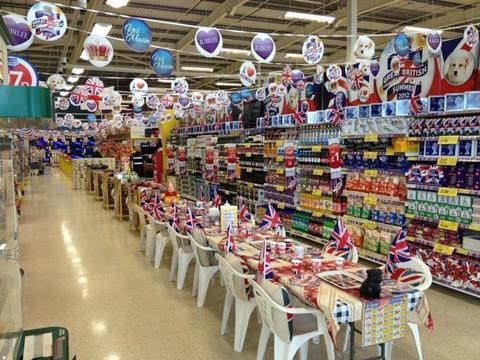 Shopper traffic surged 8.6% week-on-week in the period to June 3, according to Experian data, and the festivities translated directly into sales for some retailers.

Waitrose reported that sales surged 19.8% to £123m in the week to Saturday. Picnic food such as pork pies and sausage rolls topped the bestsellers’ list.

Asda said a third of all Brits tucked into one of the grocer’s bread rolls at Jubilee parties as 20 million were sold.

An Asda spokesman said: “The nation’s spirits definitely weren’t dampened over the Jubilee weekend, despite the wet weather. In true British style shoppers kept to their celebratory plans and stocked up on party essentials.”

In fact, a third of all umbrellas the grocer sold over the weekend had a Union Jack design.