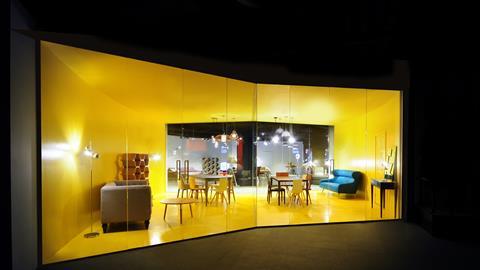 As the shortlist for the Retail Week Awards 2017 is revealed, we take a look at the retailers competing for the International Growth prize.

The luxury etailer serves a global client base, and its business model mirrors that, with offices in London, New York, Los Angeles, São Paulo and Porto.

But in the immediate term, the brand is focusing on local language sites in German, Korean and Spanish, and adding more offices.

In a bid to drive international growth, the etailer has been focused on raising funds to advance both its technological capabilities and its Asia Pacific expansion.

International sales are a key source of revenue for the discount beauty site.

It operates dedicated language websites for both European markets, including France, Germany, Spain and Norway, and a Chinese website, which is understood to be beating expectations since its launch late last year.

Holland & Barrett’s international division is advancing on all fronts, continuing its assaults in Asia Pacific, Europe and the US in the last year.

China and Singapore are major touchpoints for the health specialist, where it trades through 33 and 28 stores respectively.

Its US strategy has been subject to change. While it initially backtracked on its plan to open two company-owned stores, it has now become the sole retail focus of parent company NBTY, after it sold off its Vitamin World stores.

In Europe, the focus is on Northern countries, with stores opening in Belgium, the Netherlands and Scandinavia.

Newcomer Made.com is embarking on an aggressive European expansion plan, establishing local websites for many of its primary markets, including France, Italy, the Netherlands, Germany and Belgium.

A few months ago, boss Ning Li revealed to Retail Week that he wanted to continue its push on physical presence, with a flagship showroom in each of the European capitals the business operates in.

It’s already well on its way, with showrooms in Amsterdam, Paris and Berlin.

What’s more international sales are growing apace: in 2015, about one third of sales were generated overseas. Li believes that this will grow to around 50% by 2017.

For a modestly sized retailer, Mountain Warehouse has a big international presence.

Its stores are spread over Austria, Poland, Germany, the US and Canada while Denmark and the Netherlands are also reportedly under consideration.

Mountain Warehouse has also struck a deal with Alibaba, and entered the Chinese market in 2015 via its T-mall website.

Its athleisure spin-off, Zakti, is also a candidate for future overseas expansion.

The fashion giant’s sales are increasingly driven by international revenues but it takes a measured approach to global growth. International accounted for 52% of Primark’s overall sales in 2015/16 from around 30% in 2010/2011.

It has an established presence in Spain and Portugal, and has added stores in Austria, France and Italy in recent years. In the US, Primark will have opened eight stores by Christmas.

While success is not guaranteed, the business occupies a unique position in the market as there are not many retailers in the US that sell fashionable clothing at Primark’s affordable price points.

If successful, the venture will be a huge win for the retailer.

It’s an area of strategic importance for the group, with over 50% of sales generated overseas in 2015.

In that year, it launched an impressive 22 new sites - a rate of one every 16 days.