In pictures: Kathmandu to launch commuter targeted ad campaign as part of rebrand 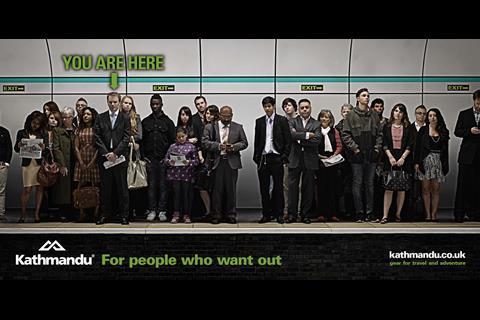 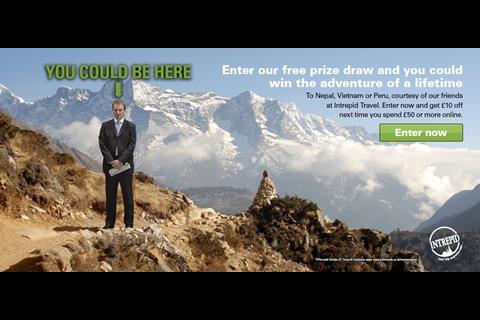 The retailer wants to associated wanting out with getting out

Outdoor retailer Kathmandu will next week launch a new campaign targeting commuters fed up with the rat race as part of a rebrand of the outdoor specialist.

David Wolff, director at agency Grainger&Wolff which is responsible for the campaign, said it is targeted at “people who want out”. The retailer hopes to encourage people to undertake outdoor pursuits with the campaign.

“A lot of us are stuck on the hamster wheel of everyday life - commuting, rush hours, never ending powerpoint presentations - and we want out,” he said.

The campaign, which runs from next Monday to October 20, is the retailer’s largest to date. It will target commuters with 48 and 16-sheet posters across the London Underground and titles such as the Metro, Evening Standard, City AM and Sport.

The outdoor retailer, which has over 130 stores in its native Australia and New Zealand, is also targeting the ex-pat antipodean community with TNT Magazine.

Kathmandu UK regional manager Ben Phillips said: “We hope that it will inspire people to get away from the daily grind and go on their own adventures. The ‘want out’ message fits in perfectly with the Kathmandu brand and ethos, and we believe it will have a profound impact on fed-up commuters and those who love travel.”

Online will play a big part of the campaign as the retailer, which has just four stores - three of which are in London, is ramping up its web business.

Online is Kathmandu’s largest retail channel in the UK and it is looking to propel this further by revamping its website. It has added new content and improved functionality to its site.

However, it is also investing in its retail estate and is opening a new flagship in High Street Kensington and is refurbishing its other London stores.

As part of the campaign, the retailer is partnering with travel specialist Intrepid Travel to give people who enter its free prize draw the chance to win their own adventure to Vietnam, Nepal or Peru.