Wickes’ parent company Travis Perkins is launching a “significant cost reduction programme” at the DIY retailer after recording a slump in interim profits.

The firm attributed its fall in profitability to a “challenging UK DIY market negatively impacting sales and profitability in Wickes”. 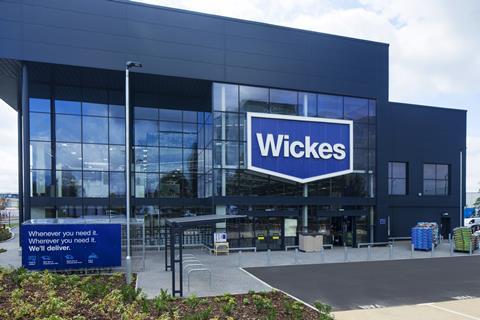 Wickes took on 900 staff from B&Q in June

The DIY retailer’s parent company said it would kick off a “significant cost reduction plan” to mitigate these factors in the second half of its financial year, but that the retailer’s profits would still “be lower than previously expected”.

“Our consumer-focused business, Wickes, has had a far more challenging period as weaker consumer spending trends, combined with a difficult competitive environment, have held back profitability.

“Against a backdrop of changing market conditions which are expected to continue for the foreseeable future, the group has commenced a comprehensive review of its business, with a view to driving stronger performance and enhanced value for shareholders in the medium term.”