Furniture and DIY retailers are celebrating strong January Sales as the big-ticket sales revival looks set to continue into 2016.

Bathstore chief executive Gary Favell said trading had been “really buoyant” during its Sale and Dreams chief executive Mike Logue said he was feeling bullish as sales accelerated during January.

“With customers in a good position to commit to big-ticket purchases, we think the furniture market will continue to enjoy growth, as seen in recent years”

“The strong double-digit growth we experienced in 2015 has improved in early January. Consumer confidence in making big-ticket items is high,” said Logue.

The positive sentiment was also shared at sofa and floorings retailer ScS, which raised its profit expectations for the year following a bumper Christmas and January Sale.

Chief executive David Knight said he was “delighted” with performance over the period. Like-for-likes over the 25 weeks to January 16 jumped 8.8%.

John Lewis shoppers also snapped up furniture bargains during the retailer’s Clearance event. Sales increased 10% year on year in the period from December 24 to January 17.

Christine Kasoulis, buying director for home at John Lewis, said: “We had a really strong clearance this year, with furniture one of our best-performing areas. Customers have appreciated our omnichannel proposition, with great savings across all shops and online, alongside the quality and service we pride ourselves on.” 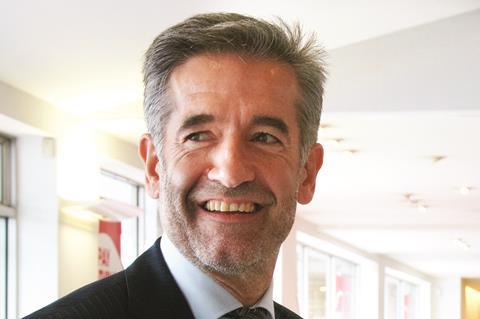 The stellar January Sales period has boosted confidence in the furniture sector in the year ahead.

DFS chief executive Ian Filby said: “Despite a weaker housing market, we have seen favourable year-on-year trends in consumer confidence, disposable income, and footfall on out-of-town retail parks. With customers in a good position to commit to big-ticket purchases, we think the furniture market will continue to enjoy growth, as seen in recent years.”

Investec retail analyst Kate Calvert agreed and said there is still pent-up demand for big-ticket purchases stored up since the downturn.

She added that the Bank of England’s decision to put off an interest rate hike until at least the end of the year could also boost confidence.

Verdict Retail DIY and home analyst Matthew Walton said it is predicting “healthy growth” for the sector in 2016, however, warned growth might not hit 2015 levels.

“The falling oil price will normalise and inflation is starting to come back into the market which could make consumers more cautious,” he said.