The pair, who have taken value retailer Aldi to unprecedented success in the UK, are to be separated following a restructuring. 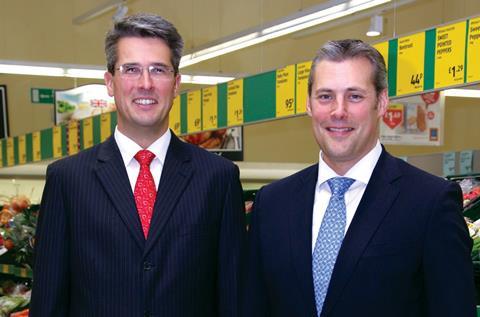 Matthew Barnes will run the UK business on his own as chief executive from next April.

Roman Heini, who has worked alongside Barnes since the pair became joint managing directors of the UK and Ireland division in 2010, is to return to Germany where he will become chairman of Aldi Sud’s advisory board.

Two new joint managing directors will be appointed at Aldi UK and Ireland to support Barnes under the new structure.

Barnes and Heini have presided over Aldi’s meteoric rise in the UK as consumers have increasingly turned their backs on the big four grocers such as Tesco and instead shopped at value specialists such as Aldi and Lidl, or premium food retailers such as Waitrose.

The most recent Kantar Worldpanel grocery market share data showed that Aldi’s sales were 25.5% up on last year and the retailer controlled a record market share of 4.9%.