John Lewis posted an increase in sales across all of its departments, with furniture and electricals boosting sales. 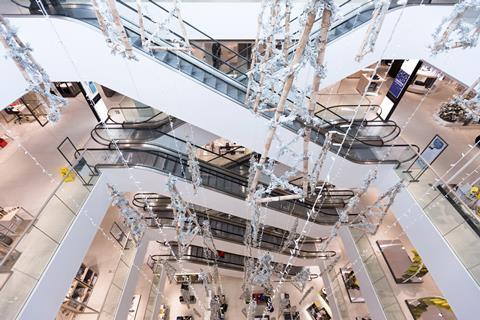 The department store retailer, which cut its returns policy from 90 to 35 days last month, recorded a 5.4% rise in sales year-on-year to £74.4m in the week to February 4.

The retailer’s home department reported the strongest overall performance, up 8.8%, as shoppers dug deep on big-ticket items such as beds and fitted furniture.

Electricals and home technology saw a 7.2% sales increase, boosted by an 11% jump in audio sales, while communication technology such as smartphones and tablets continued to perform well.

The star performer the previous week, fashion, pulled in the weakest sales across John Lewis’s departments, although it was still up 1.6% overall, driven by a 7.2% rise in beauty sales and a 3.4% increase in womenswear purchases.

Shoppers continued to purchase warming dishes such as soups and roasting meats, up 15% and 52% respectively, despite milder weather.