Primark sales jumped 11% over the golden quarter but the retailer warned that its profit margin is set to decline over the year ahead. 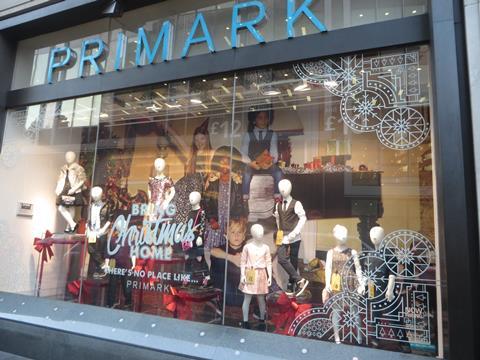 Primark is the latest retailer to report on Christmas trading

At actual exchange rates, total sales surged 22%. The retailer said the sales growth was driven by an increase in selling space. Primark boosted average selling space by 12% over the 16-week period to January 7.

Primark warned that operating profit margin will decline over the year ahead due to the impact of the strong US dollar on input costs. The retailer said foreign exchange contracts are in place for most remaining purchases in its current financial year.

Across the group, like-for-like sales were held back by declines, albeit smaller than last year, in Germany and the Netherlands, which was particularly affected by the rapid increase in selling space.

Primark owner ABF said new stores that opened in the period traded strongly and its business in the US continued to develop.