Fat Face boss Anthony Thompson has revealed how a board restructure has set the business up for US expansion and online growth. 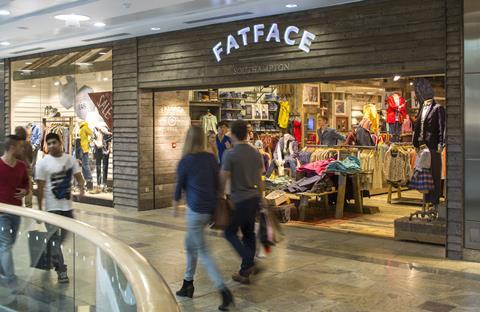 Thompson has reshuffled his senior management team as the retailer gears up to enter the US market and press ahead with its multichannel strategy.

Former ecommerce and marketing director Mark Seager has been handed the newly created role of multichannel director, while Simon Greene has relinquished his responsibilities for UK retail to take the position of international and property director, which will see him concentrate on US growth.

Thompson discussed the changes, which were made at the start of Fat Face’s current financial year, as he unveiled a 2.7% rise in sales to £205.4m in the 52 weeks ending May 30.

Following that sales growth and three years of research on the US market, Thompson believes “the time is right” for Fat Face to expand internationally. He said the retailer will “dip our toe in the water” by opening five to 10 US stores in the next three years, before pausing to evaluate its success.

The first of those shops, in Portland, Maine, will open in November. Others will follow in “the Boston area” on the east coast.

Thompson said: “We have opportunities, we think, elsewhere on that eastern seaboard, in holiday destinations on the coast and also in affluent neighbourhood markets.

“At some point, you have to stop doing research and get on and do it. That is where we are now.”

“Then of course we’ve looked at the financials – what is rent like? Can we make money here? Is it a sustainable financial model?

“At some point, you have to stop doing research and get on and do it. That is where we are now.”

While the immediate focus is on the US, Thompson said Fat Face “will travel into Europe” in the future, although he admitted it would be “premature” to discuss that at this stage.

If the board restructure will allow Fat Face to move into the US, it could prove even more important in driving its online presence.

“We thought it was the right time in the journey of this business to become a much more multichannel business to reflect that in our board structure,” Thompson explained.

“That allows us to continue the journey that we’ve already been on, making it easier for customers to shop across all channels in a seamless way.”

“Online is an important part of our business and will become even more important in the future.”

Online now accounts for 16% of Fat Face’s overall sales, but Thompson has set Seager targets to grow that further.

“I’d be really happy if, within the next three years, we got to between 22% and 25%. That’s reflected in the fact the total business is going to grow as well, so we anticipate that online will continue to grow ahead of the curve and ahead of physical store sales.

“Online is an important part of our business and will become even more important in the future.”

Continuing the multichannel strategy, Thompson aims to open 10 to 12 stores per year in the UK during the next three years and relocate a similar number into larger units. Fat Face currently occupies 350,000 sq ft of space in the UK through its 216 stores and Thompson said that figure could almost double to 650,000 sq ft within five years.

But despite plans to open its first store in an English retail park at Elliott’s Field in Rugby, as revealed by Retail Week, Thompson said retail parks are “not a big play for the business” and Fat Face would “go where our customers are.”