Arcadia’s multi-brand fascia Outfit is set to open its first high-street store next month in a former BHS unit in Newcastle. 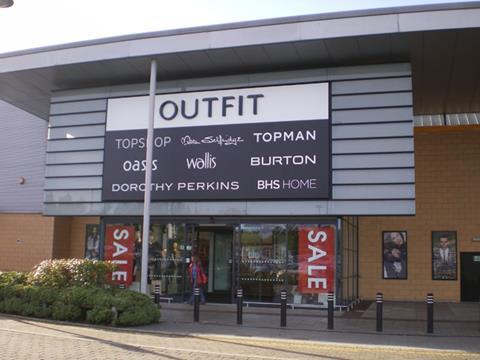 The high-street store will be the retailer’s 78th UK outlet, the remainder of which operate in out-of-town locations.

The retailer, which offers products from across Arcadia’s Topman, Topshop, Miss Selfridge, Burton and Dorothy Perkins fascias, is set to open two more high-street locations in Liverpool and Barnsley later this year, according to Drapers.

Outfit’s high-street foray comes after a flurry of senior departures from across the Arcadia group including Evans boss Fiona Ross, Burton managing director Wesley Taylor and Topshop managing director Mary Homer, who left to join The White Company for a chief executive role.

The former BHS outlet that Outfit will move into in May is one of 69 in the former department store retailer’s 164-strong UK store estate that have been snapped up since it fell into administration a year ago, according to Retail Week research.

Primark has acquired the highest number of former BHS stores to date, followed by Next, Sports Direct and Poundworld.