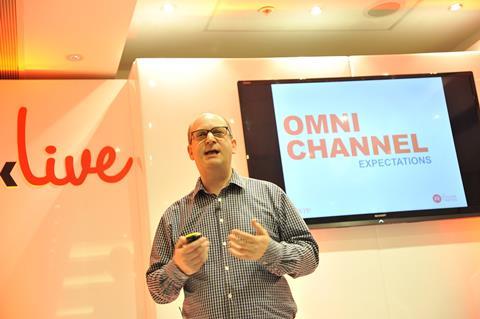 The high street does have a future but that future will be very different and highly interconnected, according to David Roth CEO, EMEA and Asia of The Store, WPP.

Speaking at Retail Week Live, Roth said: “The high street of the future will have a very different but highly interconnected role.” Talking about reinventing the store to connect with today’s consumer, Roth explained that going forward, there will be less high street stores but those that do exist will be a fusion of the virtual and physical. “It will be a mobile and omnichannel world with customers at the centre,” he said.

Giving examples of how products can be picked up, Roth said that as well as Amazon lockers, which are already in place, there are more pick-up methods to come in the future, which combine the virtual with the physical, such as 3D printers. He said: “There is more to come - pick-up as we know it but in a very different way.” Roth added that the ongoing changes will transform the notion of the supply chain.

Roth also predicts a new partnership between merchants and data analysts. “My advice to you is to go out and hire as many mathematicians as you can,” he said. “We’re all going to have to love that data that is around us.”

Roth urged retailers to embrace data, describing it as the new “oil”, which like oil, needs refining. He said it will allow retailers to understand every element of their business. “There are complexities, but the complex issues are being addressed,” he said.