Sports Direct has bought House of Fraser out of administration for £90m following a battle to control the beleaguered department store chain.

The sports specialist has acquired all of House of Fraser’s stores, its brand and the stock remaining in the business.

The acquisition came just hours after House of Fraser tumbled into administration following last-ditch talks to save the business. 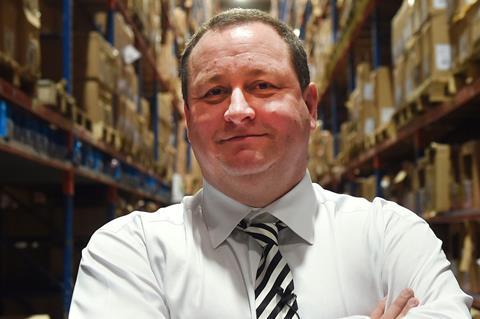 As previously reported, Edinburgh Woollen Mill owner Philip Day, Sports Direct tycoon Mike Ashley and restructuring experts Alteri had all been in discussions to try to save the business after Hamley’s owner C.Banner pulled the plug on plans to take a controlling stake in the chain and invest £70m into its turnaround strategy.

As reported by Retail Week earlier today, Day assembled a consortium of suppliers, including concession partners, to try and wrest back control from Ashley. Sources close to Day had felt “frozen out” of proceedings after the entrpreneur put together a solvent bid for the department store chain, which House of Fraser declined before tumbling into administration.

It is unclear whether House of Fraser’s CVA, launched in May in a bid to shut 31 of its 59 stores and slash rents at a number of other locations, will come to pass under Ashley’s ownership.

Ashley, who previously owned an 11% stake in the business, has long been interested in acquiring a department store chain. He also owns 29% of Debenhams, just shy of the threshold at which he would have to launch a takeover bid.

House of Fraser has struggled in recent years in the highly competitive department store sector. Its troubles intensified after it was bought by Chinese conglomerate Sanpower in 2014.

EY joint administrator Alan Hudson said: “We have worked very closely with management, its advisers and creditors in recent weeks and are pleased that we have been able to successfully conclude a sale of the business in short timescales which preserves as many of the jobs of House of Frasers employees as possible.

“It was a challenging transaction to achieve in such a short period of time, which will ensure continuity of the business and preserve the goodwill. We hope that this will give the business the stable financial platform that it requires to flourish in the current retail environment.”